Last year this game was called Pandamonium. They’ve added a bit more variety to the game and apparently Googling Pandamonium brought up way to many things that didn’t point to their game. Bearzerkers apparently only brought their game up… and it’s also a bit closer to the product they have going now. They’ve expanded on having just one level and only pandas. This game looks better every time I see it. 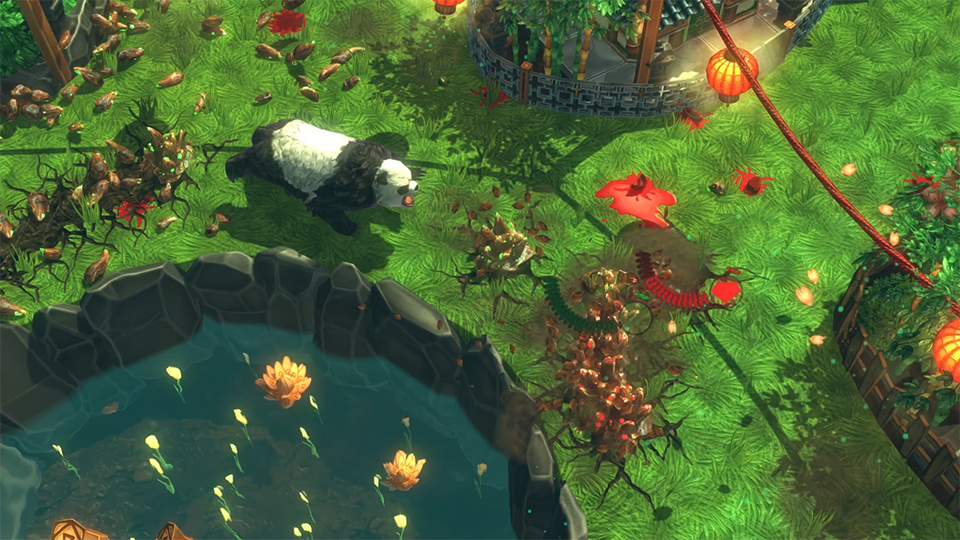 Wild Grass has also just finished a successful Kickstarter and are on their way to creating a super fun couch gaming experience. It’s fast paced and with the addition of power-ups there’s a bit more strategy involved now. Whether you’re going to be trapping a buddy in a corner to get eaten by a bear or timing a jump to get out of the way and, once again, leaving your buddy to die fun will be had. It’s competitive, but it’s also fairly easy to pick up and play. The learning curve is small so everyone can enjoy this gem. I will be picking this up for the PC when it launches!

Bears need love too so go to Facebook and give them some Likes!