Currently in Open Beta, Dauntless still manages to pull ahead of Monster Hunter World for me. I’m not saying that to be sensational, it’s a completely biased option. I enjoy the traditional Monster Hunter games so I’ll be getting that goodness on my Nintendo Switch for the next long while. On the PC, the only real option for me is Dauntless.

With its bright, smooth, colorful approach, it’s a lot more visually appealing. It’s kind of like a Fortnight vs PUBG aesthetics argument if you were simply comparing aesthetics. To each their own. The game continues to gain more stability and with the additions of more monsters and weapon types, there’s a lot to digest here. Be that as it may, I have one major reservation when it comes to Dauntless: progression. For those with the ability to continue and work their way to the “end game”, progression seems to be rather quick. They mention wanting to make it quicker which boggles my mind. I’m more of a grinder. Whether this pays out in the end is yet to be seen, but the developers are in good spirits and are excited with how many people are playing currently. We’ll see. I want to like it more, but I also want to play more of the game against different monsters before I hit a difficulty wall. (“Get Gud!” Yes, thank you internet.) 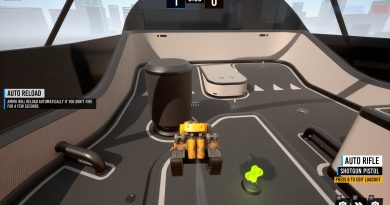