I’ll be the first to admit that just watching the video on Steam was completely underwhelming and didn’t really sell me on Canon Brawl. First day at Pax, however, and I find myself wondering past the booth with said game on a decently large TV. Intrigued, I stopped and watched as two people setup a game and then one of them noticed me and asked if I wanted to play… sure, why not?

What followed was a heck of a lot more fun than I had anticipated! There was also a lot more depth than I had expected. In Canon Brawl you have to gather resources, place towers & turrets, expand territory. All of this and done while you fly a dirigible around to operate each towers and turrets by flying over to them and firing them manually when their cooldown is up. You’re always doing something in the fight… well that or you should be because if the other person isn’t letting up, you’re probably about to lose. 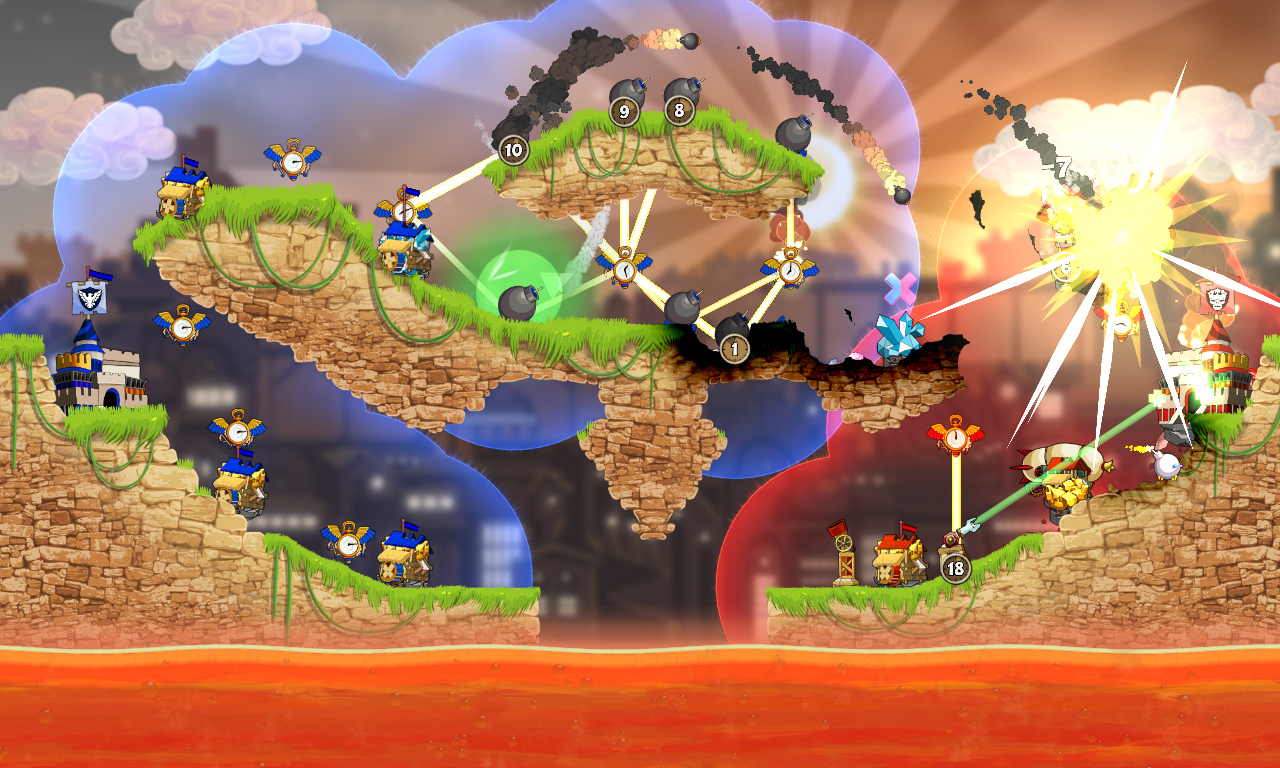 Right now Canon Brawl is offered on Steam Early Access for $14.99 at a lower price than it will be when it launches on September 19th. I’m assuming it will just go up to $20, but if you’re willing to pay that, you might as well just pick up the two pack for $20 right now and give one to a friend. This is a fun game, while I may not get all the fun and goodness out of the multiplayer (since I’m kind of terrible at the RTS thing) I’ll probably throw my hat into the ring a few times.

Planets³, The Next Phase of Voxel-Based Sweetness