The people over at the Quantum Astrophysicists Guild have developed and published quite a few games. A decent number of puzzlers and action titles and here they come with the latest that has you killing and exploding nothing. This time, you’re making donuts. Is a puzzle game about donuts really all that compelling? Can it hold your attention? Will it stump you, though, because it looks really freaking simple. Let me break it down for you. (I really wanted to say “bake”, but that pun was so bad I rolled my own eyes after thinking about it.) 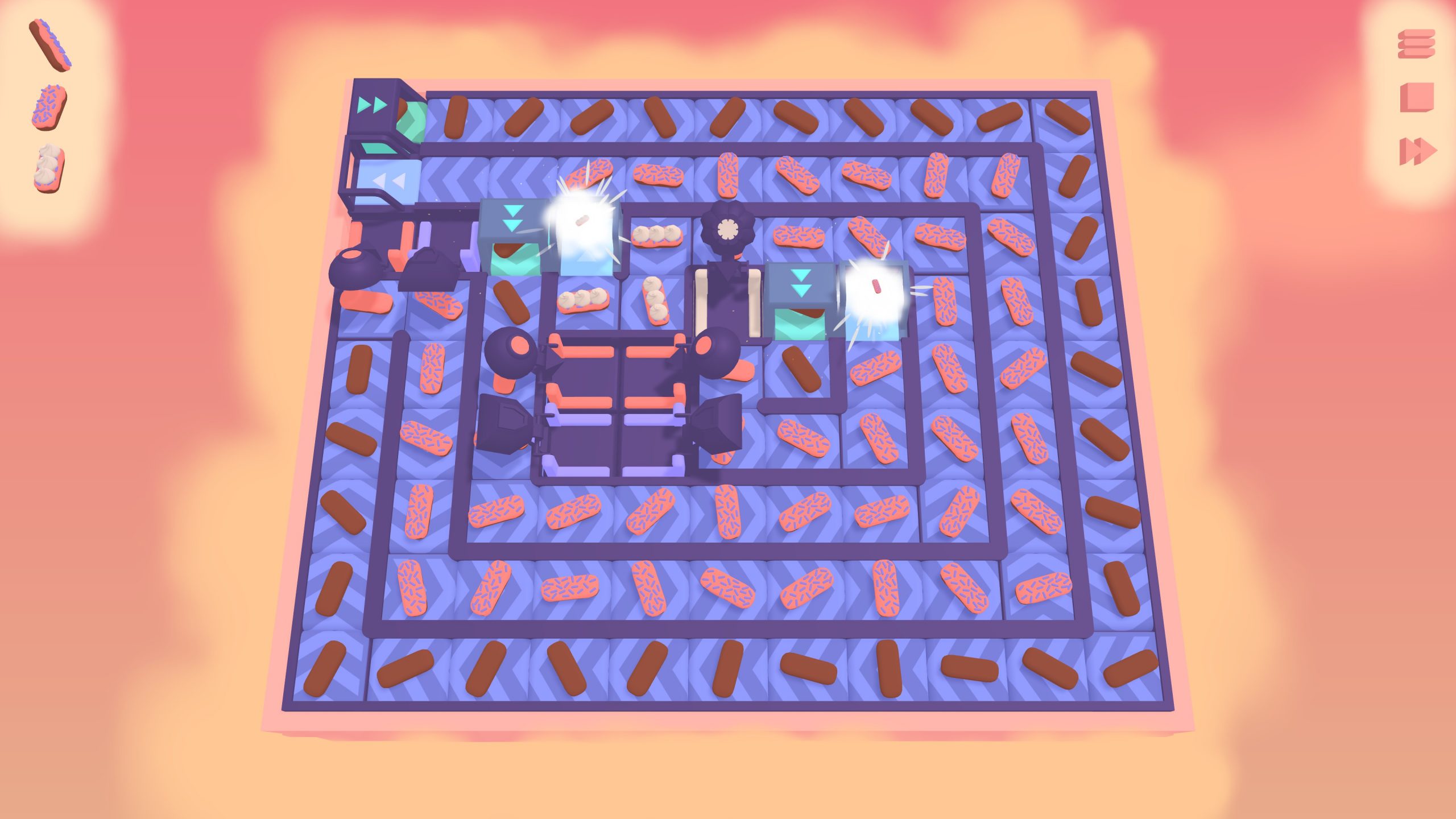 To start it off, Freshly Frosted is a puzzle game. You’ll have to guide donuts over conveyor belts in the correct order and then deliver them to the correct counters in order to finish the puzzles. Effectively, this is a Puzzle Factorio: Pocket Donut Edition. There are a number of different paths to create, but you only have so much room and you’ve got to get them to the end in the right order. First you’ll need to frost the donuts, then sprinkle, then whip them and then put the cherry on top. Things seem simple, as I’ve said above, but there are some real brain-flickers to be found. (Luckily, there is an achievement for skipping levels. Go for it, the game doesn’t judge you.) However, each level has different requirements and not every donut you can create is needed. Sometimes you need one with everything and sometimes you need to make plain donuts… sometimes both. 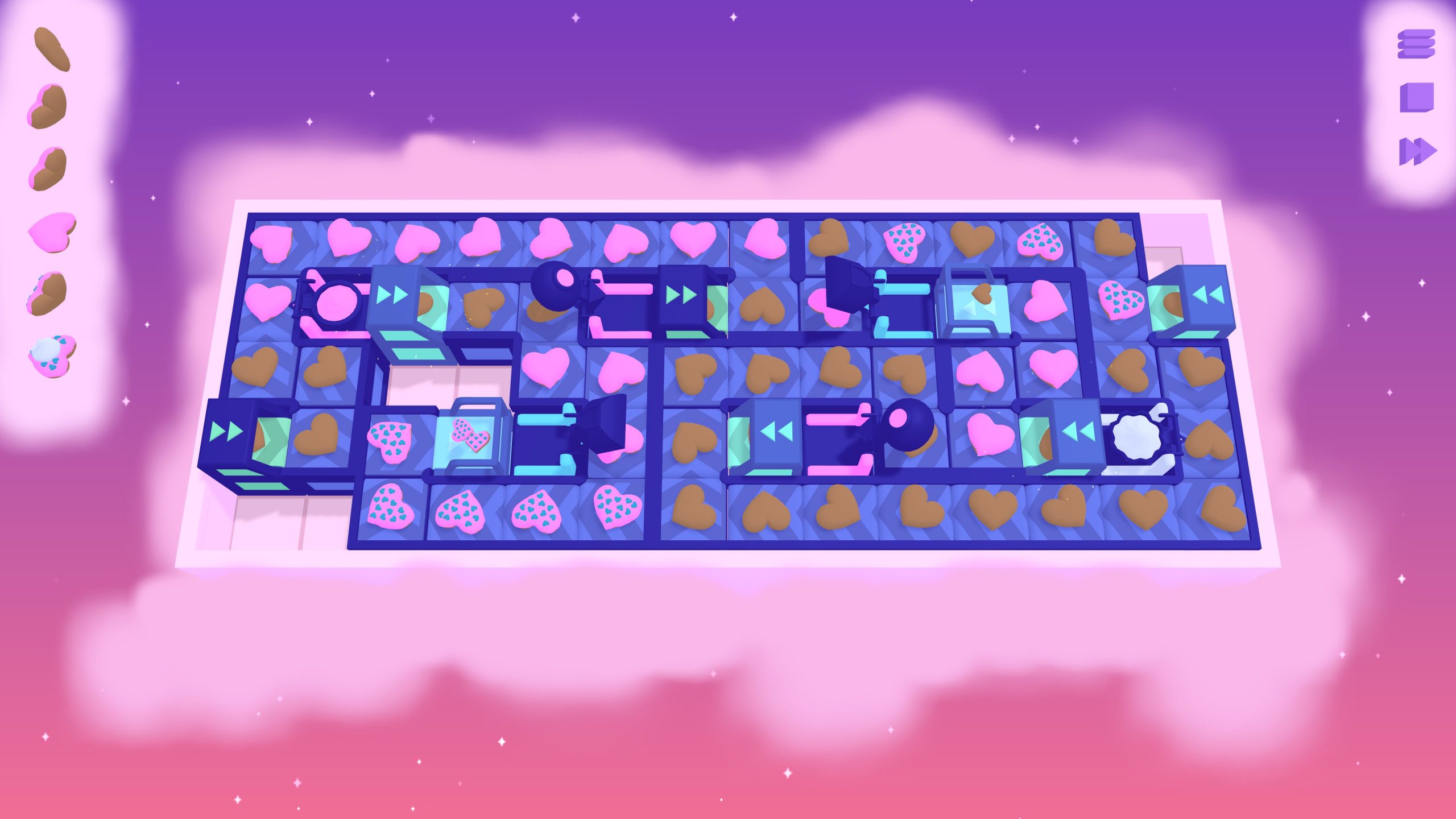 Throughout your puzzling adventures you will be guided along by an extremely soothing voice. Whoever they got to do the voice is fantastic. Some of the lines are a little on the nose about loving being there with you when I know that the donut lady doesn’t really like me for me, she just wants me to do her bidding. However, it still adds to the calm and relaxing atmosphere that this game just gets so right. There are moments when that is lost when/if a puzzle is just crazy enough to stump you. The worst part about that, though, is that none of them come off as too much at times. It can be the real small ones that can be the worst. I just had my kid try one in level 6, which had to be maybe an 8×8 grid. However, it needed two different types of donuts on the same line at specific times to deliver them to two different counters. Simply complicated; it was fantastic. (She did quit after that though…) At least the donut lady didn’t mock me.

I really don’t have too much to say about Freshly Frosted. It’s a simple puzzle game that makes donut creation into a calming and sometimes hair-pulling experience. If you’re looking to relax with some great voice work while working your brain out, this is an easy recommendation.