With random adventures waiting around every corner, Fight the Dragon looks very promising. The aesthetics are rather basic, but the focus is on the adventure and challenges that you’ll face when you go out to level and gear up. The ultimate goal is to go and “Fight the Dragon” (what else?). Whether you’re looking to kill the dragon or just do some damage to him he’s got plenty of health do deal with.

When you go out to adventure, you’ll play random levels as you pick which spot you want to go to on the over-world map (or at least that’s the best way I’ve found to describe it). You can replay levels already completed, but you won’t get a Dragon Scroll for completing them. (They allow you to fight the big jerky dragon.) You’ll get levels created by the developer (3 Sprockets) and those created by other players. You do get to vote for which maps you liked after you’ve either beaten them or been defeated by them. So far I’m in the dark of how I want to vote on some of them due to the content in them. I know that certain aspects of them are good, but if I don’t appreciate them, well… ah who am I kidding, thumbs down! After all, if you don’t like it, you don’t like it. (I like the neutral thumb more.)

The best part of Fight the Dragon for me has to be, hands down, the level editor. I’m enjoying the heck out of the editor and I started by trying to recreate levels from the N64 game Goldeneye. I’ve since stopped doing that since Fight the Dragon doesn’t support multiple levels. Without having ability to create a second floor, my creation of “Not The Facility” has been halted until further progress has been made on the editor. I’m sure that’s something they may add in later. Maybe I’ll be able to make taller maps as well. As of now, you can only effectively make a tall one floor house. As for a beginning setup for crafting your own adventures, it works well enough for making dungeons and outside areas. If you’re willing to work with what you’ve got, there’s plenty of tools at your disposal to make some fun adventures for you and other players. At the very least, I would appreciate the ability to build higher even if I can’t make a second floor.

There has been a few levels that remind me of what I’m not appreciating with some games lately. There’s been a fad with making games super difficult to bring back the “nostalgia of the olden times”. Some of the levels presented include way to many traps and junk that you’ll almost need prescience to know where to go. Can’t anyone remember when you just had a fun adventure and it wasn’t horribly difficult? I remember some games being difficult, but I don’t think many of those devs went out of their way to get your goat.

On a flip-side, you have the ability to follow creators of your choice. It makes it a little easier to find an adventure you’ll probably enjoy more. However, I still recommend going on random adventures since that’s probably where the most fun will be, not knowing what you’re getting yourself into. You may even find yourself on my level. I’ll make more. I’m pretty happy with how the “Tunjair Desert” map turned out. Since I like to be satisfied with what I make, I’ll be taking my time and not rush anything. 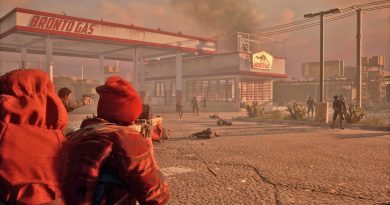