Gurumin has certainly come a long way. Now, that’s not to say that if you’ve played it before that it’s been graphically overhauled, but some of you may not realize that this game was on the PlayStation Portable, or the PSP, back in 2007 and on the PC for Japan and Korea back in 2004/2005 respectively. It does look better now on the 3DS, but it still retains that classic 3D action RPG look and feel, but now with actual 3D! Gurumin has been remade a few times now and I still wonder why such a well received game hasn’t garnered a sequel. All the elements are there and it has a great world and feel even if it feels small, but all that can be expanded right? Where does that leave 8BitBoy then? It has one less D and has been dropped more recently with an ending that doesn’t exactly beg for another to be made. How do they fair when put into the pit? Let’s break it down!

What stands out the most with Gurumin 3D: A Monstrous Adventure (Gurumin 3D from here on out) is the fun atmosphere including the voice acting and general aesthetics of the characters and the world presented. Everything is fun and whimsical, even the combat that feels pretty smooth despite a flaw that I’ll get into soon. The good guys and bad guys all have a cartoon feel about them making the good guys seem even friendlier and the bad guys all seem mostly misunderstood even when being jerks. 8BitBoy also has the super-cartoon look that almost seems really close to certain Mario titles. The bad guys here, aside from a few bosses, all look so pleasant that it’s almost sad to jump on their heads and kill them… except that they would kill you in a heartbeat if they could. (Also, don’t jump on the cacti… that’s a trap!)

Speaking on jumping on top of things, things go pretty well in both cases. Gurumin 3D’s controls are pretty responsive. There is a slight issue of lag in the game in general, but let me set any records straight if you’ve heard anything negative here. Having played this on Steam as well is the only reason I noticed it. It doesn’t seem to affect the fighting as when I push jump or stab, Parin jumps and stabs. The experience is smoother on Steam, but this is now on the 3DS and I guess there was some give and take in development even if it’s slight. There isn’t much to notice in 8BitBoy as far as lag goes, but there is the usual “you thought you pressed jump, but then walked off the platform” and the “I swear I just jumped right through that block I should have broken with my noggin”. That stuff can get annoying, but fits in well with the current “let’s make a platformer and make it hard like it was back in the day” mantra.

Speaking of having fun, story plays a big role in both. 8BitBoy’s story is kind of a mixed bag. It starts with the grim reality of being out of a job and depressed and then comes in with nostalgia of the good old days you had with older gaming consoles. Of course then you get sucked in to said game console and then have to fight your way through all the levels. Why? Because! If you don’t get all of the coins the first time around, then you don’t even really beat the game.  Gurumin 3D starts you as Parin and you find out that there are monsters and their world is in peril and it’s up to you to save them and… their furniture. The ending “situation” is different only in the sense that you have to beat certain bosses to get the “good” ending. While Gurumin 3D wins here, I’m as excited about this as I am about games requiring DLC to get the whole story (apple and oranges, I know). I like it when you make the effort to get all the way to the end and when you beat the final boss you get a proper ending and not told to get back in there and work harder. I’ll take different endings depending on how you act though, that’s just getting the consequences of your actions.

Gurumin 3D provides a larger world to explore. It’s done, once again, with you as a pawn moving around a map. It works OK here because they’re not making a huge world, it’s more akin to Super Mario World’s over-world and you’re moving from one level to the other. More levels unlock as you rescue more monsters and satisfy the need they have, be it a comfy place to sit or a radio to rock out to. You get to choose what level you want to complete in which order as long as it’s available. 8BitBoy’s levels you have to complete one after another in a linear fashion (not a problem). You get to go back to and try to 100% them only after you finish the final boss. This isn’t anything new, but when done back in the day, the levels weren’t built like this to punish you unless we’re talking about those I mentioned last time. 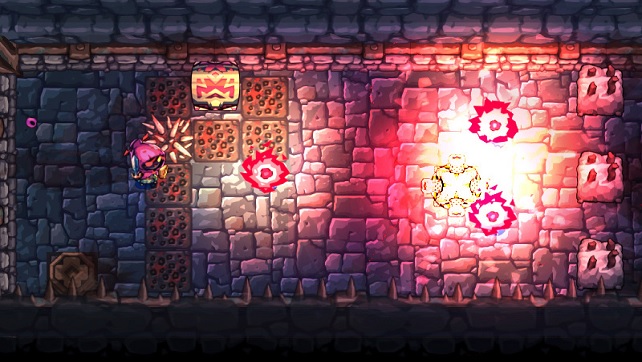 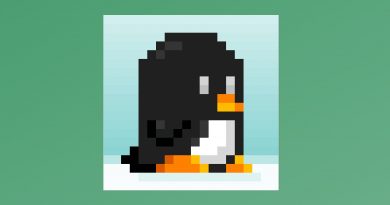