If you thought I was done with Roguelikes, you were wrong. Lost Castle is yet another in the genre that wants to kill you over and over and makes you want to come back for more. Lost Castle actually does this better than most others I’ve recently played. The rounds aren’t very long for me, but I’m currently making it to the second level and counting (I have not made it far into the third so I don’t really want to count it). I plan on making it to the third set of bosses soon-ish.

It’s playful, colorful and would almost lull you into a sense of complacency if it weren’t for all of those blood-thirsty baddies and your combos that keep you stationary. You’ve got to stay on your toes (as per the usual) so you’d better start figuring out what does and does not possibly get you killed. Some of the combos that can be done are pretty awesome, but then you’re rooted and there are plenty of enemies that are willing to take advantage of it. Other moves, like the Greatsword’s charge move roots you first, but when you’re spinning like a dervish, you can move about and slap everything that gets into your way. It is good to familiarize yourself with your current set of moves before you head out on a slog.

I haven’t really found the weapon I prefer above all else yet, but I’ve narrowed it down to a top three. Having recently been able to exercise a bit of finesse with the Bow, I’m getting pretty good at it. I could go for a bit more power, but beggars can’t be choosers I guess. It shoots a sweet blue arrow that flies through all the baddies in its way. The Bow also has a mild rooting effect on the user when using the “only good against melee and/or single enemy targets” ultimate. The range is what makes it so good. The Greatsword cuts great swaths through hordes of… well everything. It’s also got a bit of knockback to it and that’s always welcome, however, not everything is as accepting to knockback as others. The powered up move here is what initially roots you into place as I mentioned above, but the ability to move about and hit a lot of enemies multiple times makes it worth getting used to. The last of my top three would be the Shotgun. It would seem to be a no-brainer because Shotguns are awesome. However, I prefer the ones with the ability to reload. Some don’t come with this ability, and you technically don’t need to reload, but if yours does come with this ability… use it! Reloading puts a three bullet count above your head and it seems that you have a very high chance to critically hit while they are up. Three shots, reload and repeat. However, it’s not 100% and can feel like a lot more work than it’s worth at times.

Other weapons include a Dual-Blade setup whose power is drastically lower than other weapons, but you hit a lot more often so I figure it balances out. You have a lot more mobility and that’s nice, but it’s still one of the more challenging weapons for me to use. . Wands are neat in concept, but feel under-powered. I don’t expect Reckoning levels of power here, but it still feels stale. It’s unfortunate because magic can be so much cooler, but here it feels like it was created just like the other forms of combat simply to add another option. I’d easily pick archery over casting any day.

Mid review edit: OK, having had a bit more luck with Spears, I take what I was going to say back. Spears are pretty good and I do pretty well with them now. I still don’t like Dual-Blades, Wands or Sword & Shields. I didn’t mention Sword & Shield before, but I’ll admit that I forget about them a lot. I haven’t really given it a chance yet even though I’ve killed thousands of baddies with other weapons so far. I’ll have to do that some time to see if it stops feeling like a weak weapon with a block that doesn’t impress.

Now, what’s a weapon without something to stab am I right? Well, even though I’ve only made it to the beginnings of the third stage so far, I’ve encountered a lot of different things that need to die. Rest assured, there are a ton of baddies to kill in this game. While the starting zone may have a few variations on Goblins, it’s mixed in with some skeletons and other generic dungeon baddies. The bosses are not generic. In fact there are a few different options to what you can get for each boss battle. It’s kind of random, but it can be the same boss a few times in a row and then out of nowhere drop a different on one you. The second level is kind of a garden local and there… are way too many different creatures. Most of them have too much accuracy and others run to fast for my personal taste. (It is doable. Never give up! Never surrender!) On that note, the first stage gave me a lot of trouble until I got used to it and so given enough time, I’ll probably get the garden bosses down and eventually overcome them and get stuck on the next level’s bosses. Fun fun! (We did manage to get to the third stage the Twitch stream with two people!)

At the core of the game is the soul of the Roguelike. Dying happens and it happens a lot. This would get frustrating except there are ways to improve your chances on your later runs. You take souls from all the enemies you kill and you use them on a skill tree after the death screen fades. There are typical upgrades here like increasing crit chance, basic damage, defense, initial helpful NPC’s that give weapons and items, movement speed and last, but not least, is the ability to save some of those souls from being lost. Wait what? Yes, all unspent souls get junked. You’ll need to buy the upgrade to save a percentage of them. It’s well worth it in the long run, but you’ll notice one more thing about the tech tree: everything gets more expensive as you purchase other upgrades. Basic upgrades will always be cheaper, but the cost does go up and the later upgrades cost even more (kind of like Rogue Legacy). 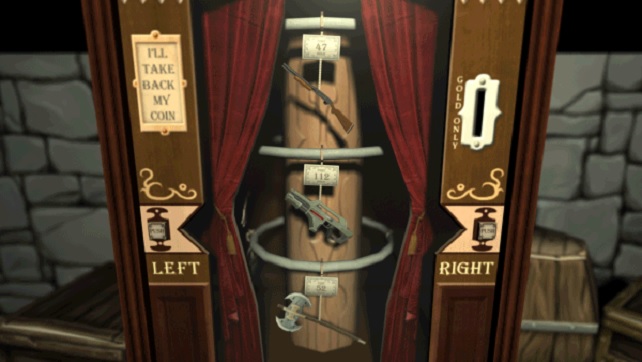