Yonder: The Cloud Catcher Chronicles kind of blows my mind. I enjoyed myself and at the same time, I find myself frustrated with the whole concept. The whole experience is mentally exhausting and yet one of the best ways I can wind down lately has been to play some more Yonder. It’s an interesting game to be sure, but do you get your monies worth of adventure and fun in this collect-a-thon game? I believe there is a good case to be made here for both sides of the coin. Let me break it down for you.

The game itself is all about a mystery. There’s murk covering the land and it’s in the guise of a purple smoke that stops you from entering certain areas. There are beings called sprites that are all hiding in the land waiting for you to come about and either bring them something, build them something or just break or touch what they are residing in. With these little guys, the main sprite (Lumie) gains more strength to break even the murkiest of the murk patches. Often it will be covering a treasure chest or some spots to plant a few trees or a broken down house that will have some breakable barrels and boxes. What is the murk though? Where does it come from? Why is your character mysterious and why does that matter? It seems that you’re only there to help people with the power of gathering and crafting. Not fishing though… that fishing competition quest can go punch itself in its own face. (I even like the fishing in Yonder.)

Above all else, while I would classify Yonder as an open-world, exploration game, I would label it more as a craft & collect-a-thon. From one thing to the next, Yonder is about going out and venturing forth and collecting things and then bringing them back. Sometimes you’ll have to craft something or just bring back the crafting materials. A good chunk of the quests have crafting components to them as well. The ones about building stone bridges are probably the worst offenders in the game. It makes sense, but it’s still a lot of work… and there are a fair number of bridges for you to build in this game. Or it feels like it after the first one is done and you find another.

The crafting is kind of a mixed bag. On the surface it’s pretty good in how everything ties together even if building a stone bridge takes everything and then a kitchen sink to build. The main issue I have with it is the resource management system. I wish Yonder had an auto-arrange feature to put things in order. There is a filter option that well… filters, but there are like forty filters to scroll through and if I could just organize the items in the first place, I wouldn’t use the filters. Even after you filter your items, you still have to go through all of the items because they are placed in your inventory in the order that they were plopped. It’s small and inconvenient, but with such a heavy emphasis on collecting and crafting, I just want it to be easier to gather my things from the main storage container. Crafting in and of itself is easy because when crafting it only shows you what you can use (unless you’re a collecting fool), but when you want to gather stuff to take somewhere else… blagh!

Actually, that brings up some bigger issues. Nothing seems to really matter in Yonder. Sure you can gather cats and bring people things they want, but it doesn’t seem to change anything or push some bigger narrative. The only thing that does seem to push the narrative is the murk clearing. Even then, it feels more like you’ve just mowed someone’s lawn that hasn’t been touched in a year and a half. Sure it looks better, but now you really only gained access to a broken house or a treasure chest that doesn’t really help in the long run. If you farm potatoes and gather grass, you can hire and purchase basically everything you’ll need if you don’t want to gather more. It will take longer, but it is possible. (I’ve bought $300+ items for a boat-load of grass which made me laugh a little.) Building the Cloud Catcher is one of the final things to do in the game and the area you unlock has more to do with the story than rest of the game and it’s pretty barren as far as things to do and collect.

While the world is pretty to look at, getting around is a hassle. Since the emphasis doesn’t seem to be on combat (or story necessarily), but exploration, it seems weird to have walking as the main way to traverse the land and make fast travel inconvenient. There are tongue statues that, once you solve a puzzle or complete a gather quest, open up and take you to a hub of all of the other tongue statues. This is way more useful after you open more than one way in and out. The problem is that these aren’t centrally located near anything of interest, but more located in an area. Couldn’t hey have put them in a town? Surely a fast travel system would have been a fantastic thing to build cities around right? There also little teleporting holes that you can jump into at night that will take you to another point on the map, but there are only accessible at certain times at night given the right conditions. I was hoping you could ride some animals, but when you chose to take them with you on an adventure, that simply means they follow behind you. (I guess a groffle rodeo will have to be put on hold.)

This may seem to be painting Yonder in a bad light… and yeh, I can see that. However, with all of the things that bother me (not including the art direction they chose for the people), Yonder is a joy to play. Yes, some of the aspects bother me, but it’s pretty relaxing running around in a world where nothing will attack you. I even let my kids run around and collect stuff (which equates to breaking, cutting and chopping things down so they had fun). Getting past digging through your bags, exploring all of the lands  and gathering all of the many different things that are out there and then going back to your farms to play was fun (even if some of the farms were only found when exploring out-of-the-way places). You can organize your farms however you want and were only constrained by the size and there are some larger ones out there. Building bridges was a challenge, but it felt good when the tasks were done. Fishing was a fun mini-game of sorts and I enjoyed that quite a bit. While walking around did get a little tiresome, but you needed to do that to find all of the little hidden things to finish up all of the overarching objectives like planting all of the trees or finding every lost cat and it was interesting. 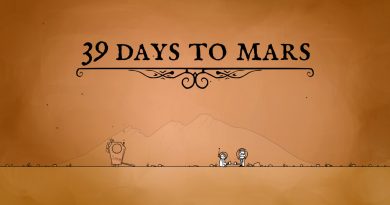