It is a truth universally acknowledged, that a single ninja in possession of a good walljump must be in want of some gold. And so begins the third installment of the indie platformer N. N++ has two major pathways to enjoyment. The solitary route, where you try to complete each of the increasingly difficult levels with a good time, and the four-way multiplayer route, in which everyone races to the end of the level. Fortunately, once someone has completed a level no one respawns anymore, so eventually everyone advances to the next level pretty soon no matter how terrible at the game someone might be. And the plethora of levels, including user-created levels, means N++ always has something to offer a couchful of friends no matter how late it is. Namely, exploding ninjas. Check it out at Metanet Software’s website. 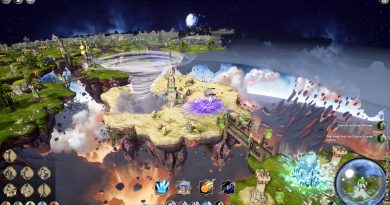