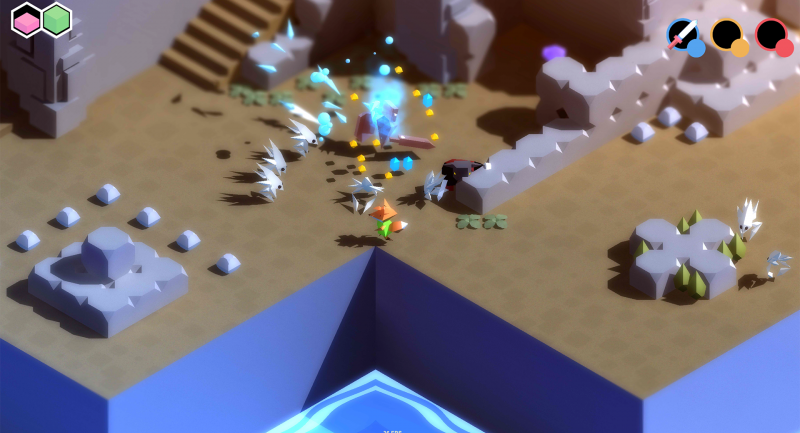 Whether it was the wait, the three to four dudes in fox outfits, signing up on an iPad Pro or the amount of polish that was shown in the gameplay, I was very impressed with Secret Legend. It may appear to be just another isometric adventure game with less polygons, but there is a lot of charm to be had here. I chose to have an adventure so that means I died a little more than the person sitting next to me having an exploration quest.

It was all good though; I got to experience a lot of the combat mechanics and how varied the baddies were within only a small portion of the game. It’s rather good for all they had to show. I’m fairly certain they mentioned we’re not going to get a Skyrim’s worth of hours playing the game, but one of the devs said that the size is one of the things most mentioned about the game. This is yet another game that will take you back to your Zelda adventures of yore minus one less bug thanks to yours truly. I got myself stuck behind a rock, chest and a corner. Needless to say, they were caught off guard. I’m just doing my part to break things. It’s what I do. It was an easy jump to sign up for more info when it will be available from them. I want this game to be out now; it seems relaxing and frustrating at the same time… I’m in!