Rekoil, being published by 505 Games, is one of the games I went to Pax to actually check out first hand.  Upon finding Rekoil’s booth I found myself a chair and started to get killed.  It took me a second to realize why I was sucking so bad and yet at the same time completely knowing how to play this game at the same time.  A few deaths in and I finally got the hang of it.  Rekoil will remind you of why you fell in love with FPS’s back in the day.  It’s just simple, gun-toting mayhem with none of the Killstreak bonuses.  Many “OOOOOHS!” were had and laughs shared by my fellow table mates as we went around having fun popping around corners surprising each other.

After a satisfying round or two I took the overly large headphones off and went looking for someone I could talk to about this game that just took me back a few years.  I was then directed to Jason Brice, Level Designer, President, and CEO of Plastic Piranha (and fellow FPS player that I was just fragging right next to).

TVGBL: I like what I played, but if you don’t mind me asking why Rekoil now when there’s so many first person shooters out there?

Jason Brice: Well you know, the idea behind Rekoil is to create a real balanced, straight forward shooter.  It’s kind of a throwback to the CoD4 PROMOD.  That heavily influenced us, but there were a few game from way back when that influenced us.  So I wouldn’t say we were tired of all the ranking and progression and all that stuff, but we wanted to bring something that was just you and your weapon… essentially a leveled playing field, a balanced approach and that was what drove us to make Rekoil.  It wasn’t a pay to win situation, it’s not a rank up, play for four months, and then have all the extra addons to your weapons.  I mean every weapon will be available day one.  There’s 40 weapons right off the top, ten maps from the very beginning, and seven game modes.  Again it goes down to the game being designed around having a really balanced, fun, and easy approach to making a shooter.

It’s something that you really don’t see anymore.  It’s not that I don’t like what people are doing with the current gen stuff, but there’s a point when you’re doing a shooter and you want to support eSports and that type of thing and it can be a little bit too much.  That’s also some of the inspiration for Rekoil.  You know, create something that is just straight forward and balanced and fun to play.

TVGBL: So no Killstreaks no…

Jason Brice: There will some audio rewards for Killstreaks and there will be some acheivements on Steam and XBLA when it gets on there and you will get some stuff like that

Jason Brice: No, there’s not dogs coming up to bite you in the ass.  There’s no helicopters shooting you when you round the corner.  You won’t have any of that in here.  If you can’t shoot it or throw the nade or stab somebody with it, it’s not in this game.

TVGBL: So there’s knives, are there one hit kills or do you have to hit them a few times?

Jason Brice: Well there’s actually… when you go into knife mode you have two different knife attacks essentially.  You’ve got the straight ahead, across the throat kind of jab and then the overhead stab and they actually do slightly different damage.   That’s a left click versus a right click on the mouse and so it just depends on the situation.  So we’re not trying to make it to overpowering and unrealistic.  So if your not a totally clean shot, you’re going to have to get them a couple of times.  It’s a last resort, not really a weapon that you’re going to take out and try to dominate with.  There’s also, aside from those melee attacks, there’s also the traditional bash as well that you can use where you use the butt end of your gun.

TVGBL: When your out of ammo?

Jason Brice: Yeh exactly and that’s actually very powerful.  So we’re giving you different options in terms of how you want to do the melee stuff.  So it’s pretty cool.

TVGBL: I’ve seen it on steam already, how much was it again?

Jason Brice: Well we’re not on sale yet.

Jason Brice: We were Greenlit and we were on Greenlight and we went through that whole process and that was really fulfilling to get Greenlit.  Now we’ve signed with 505 Games and we’re on with the same guys that are backing Payday 2, and Terraria and some other great games. Rekoil will be available what looks like the last two weeks of October.  We’re locking down the launch window with Steam and Xbox at the moment and we’ll be going from there. So it should be cool.

I really do like a good FPS.  I really do.  While GRO will hold my attention for some faster paced tactical shooting and TF2 will help fill the need for the zanny stuff, Rekoil fills the gap and need that neither of those games can really touch.  Rekoil is a solid shooter and has captured that nostalgic feel that FPS vets should enjoy.  I look forward to playing more! 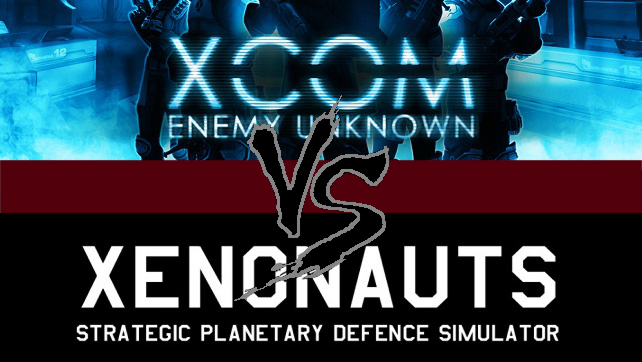