So there I was, one and half hours before the doors even opened at Pax 2013. 3DS in hand, I was ready to kill some time before the madness that was Day 2, began.  When the floodgates opened I walked as fast I could (because you’re not supposed to run) over to the Bethesda booth only to meet with a capped line and was told to go away for 20 minutes.  Also they capped the line right at me… it hurt my feelings.  I was allowed in later though… 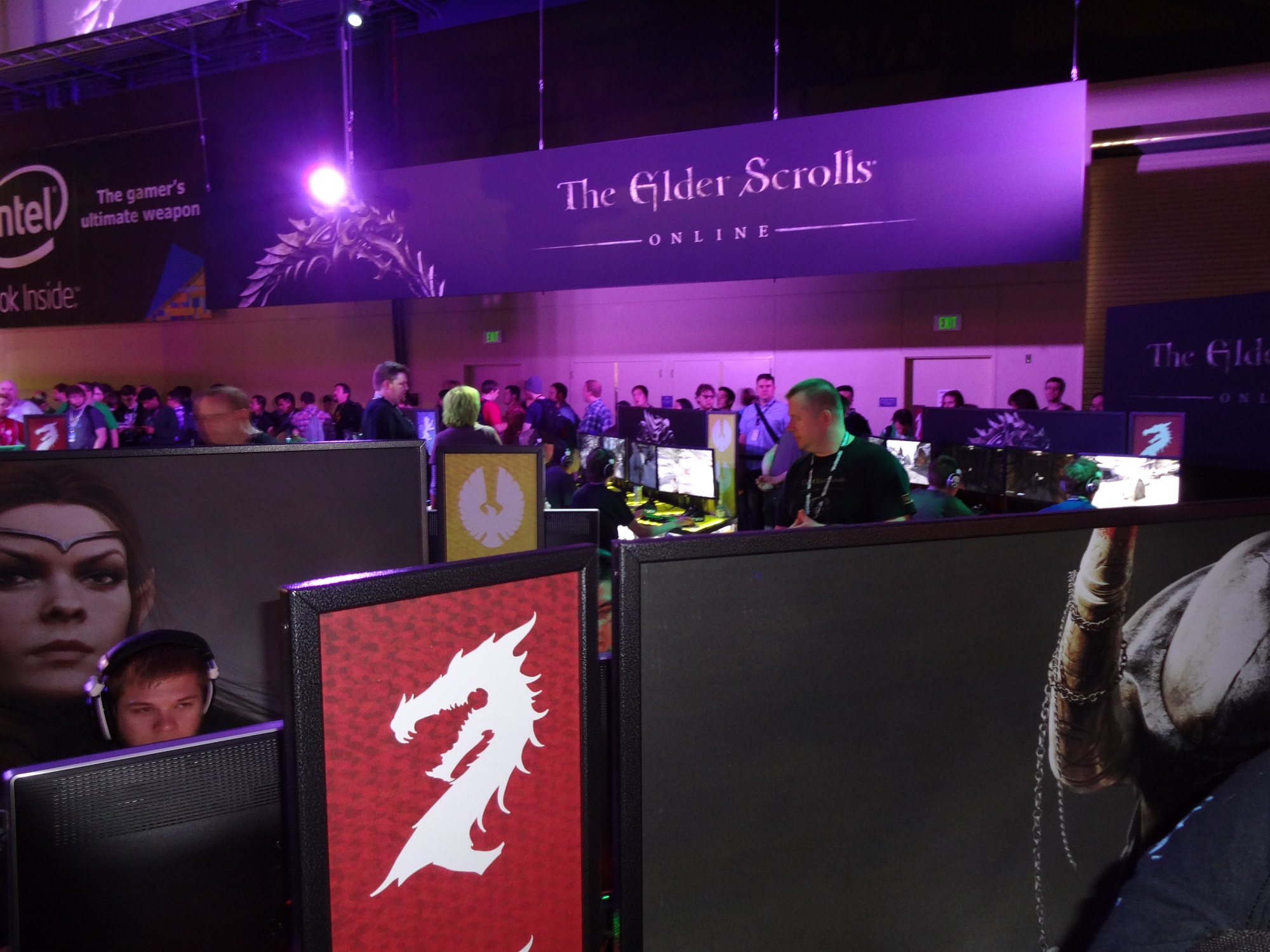 After all that waiting I was allowed to play 25 minutes of gameplay which included making my character.  Needless to say, there were a ton of options on how to customize your character.  I had to scroll to see the list of available sliders.  I was glad that was all still there.  The changes felt kind of slight like Skyrim, but with enough options to create what you wanted.  I just skipped a lot of the options because I was more curious on how the gameplay was.

The game didn’t look as good as the photo above.  If only they could run flawlessly and look that good on all systems.  (Give it a year or so.)  That’s not to say that it looked horrible.  I was quite pleased by the aesthetics of ESO.  It ran smoothly and I didn’t really see any graphical funkiness.  It reminded me of a Skyrim with a lot more love put into it.

Another thing that stood out were the controls also reminded me of Skyrim as well, but more refined.  The way the characters moved was a lot smoother.  It was like the jump from Oblivion to Skyrim again.  I really didn’t like the combat in Oblivion and really liked Skyrim’s.  This was even better and more tight.  The way you attacked and the way mobs attacked you seemed a little fuzzy on what would hit you and what wouldn’t.  I’m not really used to mobs turning and attacking as fast a player usually does.  Enemy’s ranged-charged attacks show a tell on where it will land as does some of the magic, but not from the players yet from what I saw.  I wouldn’t be surprised to see this keep going and look something akin to Wildstar.

While I’m not too keen on some of the character models used in the starter area, are we ever really 100% satisfied with what we see in a game visually?  The UI is clean and unobtrusive (like a Skyrim UI but less showing) and the skill trees seemed cleaned up and more friendly.  As it stands, if you’re honestly not tired of the fantasy genre of MMO’s and really like how the Elder Scrolls games have been progressing lately then you will probably love the crap out of Elder Scrolls Online.

As to my “Meh” on Facebook… how would you feel after standing in line for three to four hours for about 20 minutes of gameplay that didn’t sell you on a game.  They needed more computers to make the lines go quicker, but they did have 30… so I’m not sure if it would have helped too much.  I probably won’t be picking this up, but I will probably be jealous of those that do.