With its simple aesthetics and gameplay, Circle Empires comes off as a super charming game that brings an interesting twist on the Real-Time Strategy genre. It may not be the next Star Craft, but how does it fair when they says that it’s in the same genre? Does it hold up to what one would anticipate would be in an RTS? Well… kind of because it’s a little weird since it’s not the norm, but it works rather well. It’s funky. Let me break it down for you.

The further you progress in Circle Empire’s story, the more characters you unlock. That’s where the difficulty comes in (some what). For the most part, Circle Empires is simplistic even in the mechanics. What the catch is, every available playable character/general (or whatever you want to call them) has different bonuses. Some seem to be added just for the added difficulty while others give different mechanics. The main character I enjoy is Wolfam the Warlord. He’s one of the starter characters and adds two towers to all of the places that you take over for free. After playing other characters, it almost feels like cheating. I’ll take what I can get sometimes, especially on the harder difficulty settings.

That being said, easy is a bit too easy. That’s fine because you’ve got to start somewhere. The issue with Circle Empires is that there is less of a direction than there normally is within the RTS genre. Normally there are areas of peace where you can move around in and plan flanks. In the beginning of a game of Circle Empires, you will be surrounded by people who want to kill you. Why don’t they move in and kill you? Don’t get me wrong, I’m grateful, but it still feels weird. On the same note, that also creates a feeling of freedom in the options given. You don’t have one or three options on ways to go, you get more and more as you conquer more circles. After some warring, do you hunker down until you’ve got your walls built and army amassed? Either is an option, but with how the levels are set up, it’s easy to get carried away attacking more circles and keep moving forward as long as the areas ahead of you aren’t out of your power level.

Yes, there are defensive structures to build like walls and poison/fire towers. If you’re playing on a higher than normal difficulty, these can be the all that holds an enemy off long enough for you to get back to where they are breaching. While you’re moving about taking over other people’s stuff, you’ll need to farm food, wood and gold. If you over-populate the circles with workers, you’ll run yourself dry. I would recommend spreading the love around to all of your circles. You can plant extra things like pumpkins that will grow in time and when they are all picked out, will turn into wood as well. If you take it slow, the in-game action can feel easier to handle and less frantic. Maybe “frantic” isn’t the best word for it, but at the harder difficulties, when enemies decide to invade your lands, it does feel rather inconvenient. (Not that there is ever a really good time for you to be invaded, but I’m honestly having a rough time finding a word for it.)

There are really only two main gripes I’ve got with Circle Empires. The first would be that there seems to be no “A-move” here. When attacking you’ll click on opposing specific units and your army will attack accordingly or follow a fleeing opponent deeper into enemy territory. Once under attack, however, ranged units seem to thirst getting into the fray. There are numerous times when my melee units would stand there getting stabbed in the face and not retaliate. I had to constantly micro-manage them instead of telling them, “hey guys, attack this circle and kill everything in it… thanks”. The second is that while Circle Empires is fast-paced, the largest map doesn’t feel large enough. The game is often over too quickly (not on the hardest setting) and I would like a bit more land to take over. In the sense that it’s roughly the same thing over and over again (with variation of enemy strength and location and size of map depending on what you pick), there’s not a lot to keep me playing Circle Empires for long periods at a time, but it’s more than enough to let me want to jump back in a little later, day after day. 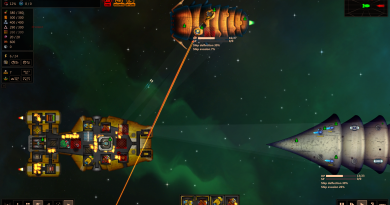 Review: Mark of the Ninja 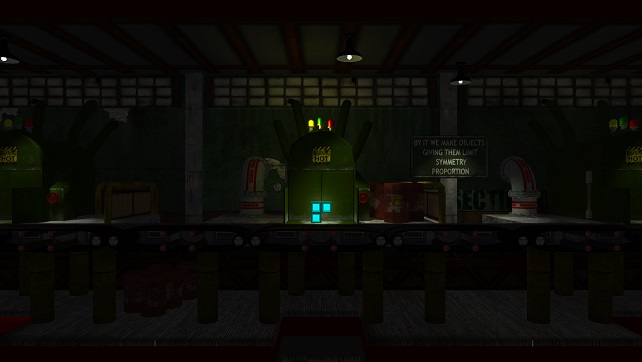