I have said for a long time now (maybe not here, but in life) that I do not appreciate gaming on a phone. It always comes off as cheap and way to simplistic. It’s not real gaming. Given that, I’ve seen so many friends and random people playing games on their phones so there must be something to them… somehow. I’ve downloaded my fair share and have also deleted all of them so far. (No, I never played Pokémon Go.) Then, about a month ago, Tower Fortress arrived on my Twitter feed. Is this an actual, real game? Am I going to start gaming on my phone more? What does that even mean? Let me break it down for you.

Tower Fortress, as with… ummm… all phone games that I’ve played so far, is simplistic. In terms of visuals, it’s a 2D, classic looking platformer game that could have come from the 80’s or 90’s given the style choice. I really do enjoy how it looks, even those stupid bats that get me. They look good too. It’s nothing to write home about, but it’s solid. The principal is that you start at the bottom and battle your way to the top. There are bad guys to shoot and, on death, drop gems to collect. This is your currency that you will use to buy different suits for your little adventure that give more jump height, or more life, or more life drops with less health in total. There are a lot of suits too so if you treat it like Pokémon, you could be here a while. There are also weapon upgrades to get along the way (some obviously better than others) and if you kill enough baddies (or so it seems) you can get a key that will grant you a bonus at the end of the level. There’s so much going on with so little; there’s a beauty to Tower Fortress.

The controls are the thing that stands out the most. I think in all honesty, had they been done any different, you may not have seen this review on The Backlog at all. You’ve got a back and forth button, a fire button and a jump button. There’s no option for down, you can’t go back unless there’s a ledge. You are trying to get to the top after all. This is where some of the difficulty can come in because if you jump to a platform, you have no real way out the way you came. You know: safety. You’ll have to shoot and jump your way out. There is no shooting up so you are constantly positioning yourself and firing because you only have a certain amount of health and if we’re honest, the health drops tend to drop when you have full health and not when you’re low. It feels like I’m playing my old Game Boy and that just feels right. The people over at Nitrome might just be onto something here. 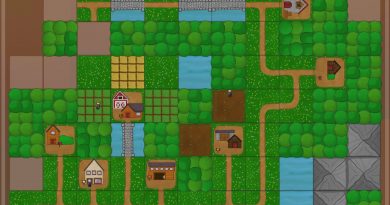