The original Race for the Galaxy had me pretty hooked. It was a fun strategy-card game. I did play a bit of it on Steam for a while with and without friends. At a certain point, I wanted to not play it on my PC anymore and I ended up purchasing the box version. Admittedly it’s a lot more complicated without the computer doing most of the thinking for you, the case is the same here. Since I’ve been enjoying Settlers of Catan with dice more lately, I figured that Roll for the Galaxy would be a more simple and fun version of Race. It’s fun; that’s for sure. However I’m not sure it’s the dice upgrade to Race like the travel version of Settlers was. It’s more of a lateral move. Let me break it down for you.

With the introduction of dice into the mix of fiddling with galaxies, there’s an element of luck going on here. It’s more of a gamble than Race is. I both enjoy this feature and at the same time I do get frustrated. You’ll start the game off with a random double-sized card and a planet. These will be setting up your possible gameplay method. Maybe your double-sided card helps with getting extra money in the production phase or maybe some nice perk when dealing with Genes planets (the green ones). You can choose to focus on these initial pre-made choices or pull a Fleetwood Mac and go your own way. I do try to build with the starter cards in mind and this usually works out well enough. I’m not saying I always win, but the game does tend to go a little smoother.

So you have your initial setup, but as I mentioned above, you’re ruled by the dice. Let’s say you have a bonus to getting money when you ship things from worlds that have a produced good on them. That’s good right? Well, you’ll need your dice to help you set up for that. If your dice rolls don’t give you the ability to produce, you’ll need to sacrifice a die and then use one of the other dice that isn’t associated with production to take that action anyway. (You can do this once per roll.) Then, if this is really what you want to do and you’re fairly sure the other players won’t pick the production phase, you can lock in that choice (with another die) because every player must select a specific phase to play. If no player picks a specific phase, then it doesn’t happen that turn. If you have multiple planets, you’d need to do this a few times unless the dice are with you and you can put multiple goods down in one round. Then the same thing happens again when (on your next turn) you want to trade (or “ship”) those goods you just placed off for money (to be able to roll the dice in the first place) or trade the produced goods for victory points. Don’t lose hope if your game is going crummy though. They can turn around. Halfway through one round that I was doing absolutely horrid in, I got the right planets and the dice just started to work for me at the end and I pulled in first. This could because of a solid, albeit slow setup… but I think it was more luck.

The one problem I have with Roll for the Galaxy is the dice themselves. There is a logic behind getting dice that I don’t really follow. I understand that you start with certain dice and that each die has different possibilities for one phase more than another. Some have a better chance to roll for shipping or being random. Random die can be put anywhere without sacrificing another to put it where you want it to go. But I’ve also been down to one die before and was there for a few turns and couldn’t figure out how to get more. Then, after some action I got six. You do get some back after placing a world, but I don’t believe this was what happened in this situation. The tutorial covers a lot and explains the game well enough, but it’s not everything. These Galaxy games are fairly complicated and to hold your hand through everything would be nuts, but… there are times when I’m just hoping against hope to figure out why dice appeared in my hand. In the end, this is only a minor annoyance and I’ll probably figure it out… hopefully. Event during the confusing times I love the strategy. 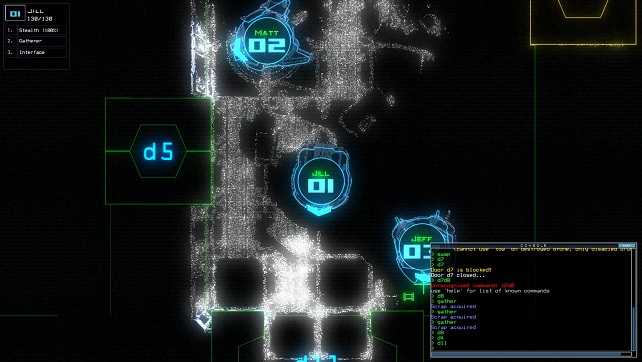 2 thoughts on “(Review) Roll For the Galaxy”