Running low on fuel and food? Congratulations, you’ve probably just started on your journey in hopes of finding the Shortest Trip to Earth. Don’t worry, you’re not alone. There are plenty of fellow travelers and monsters willing to help you die. Don’t be too shy, you’ll need to look around to find enough resources to keep moving forward. 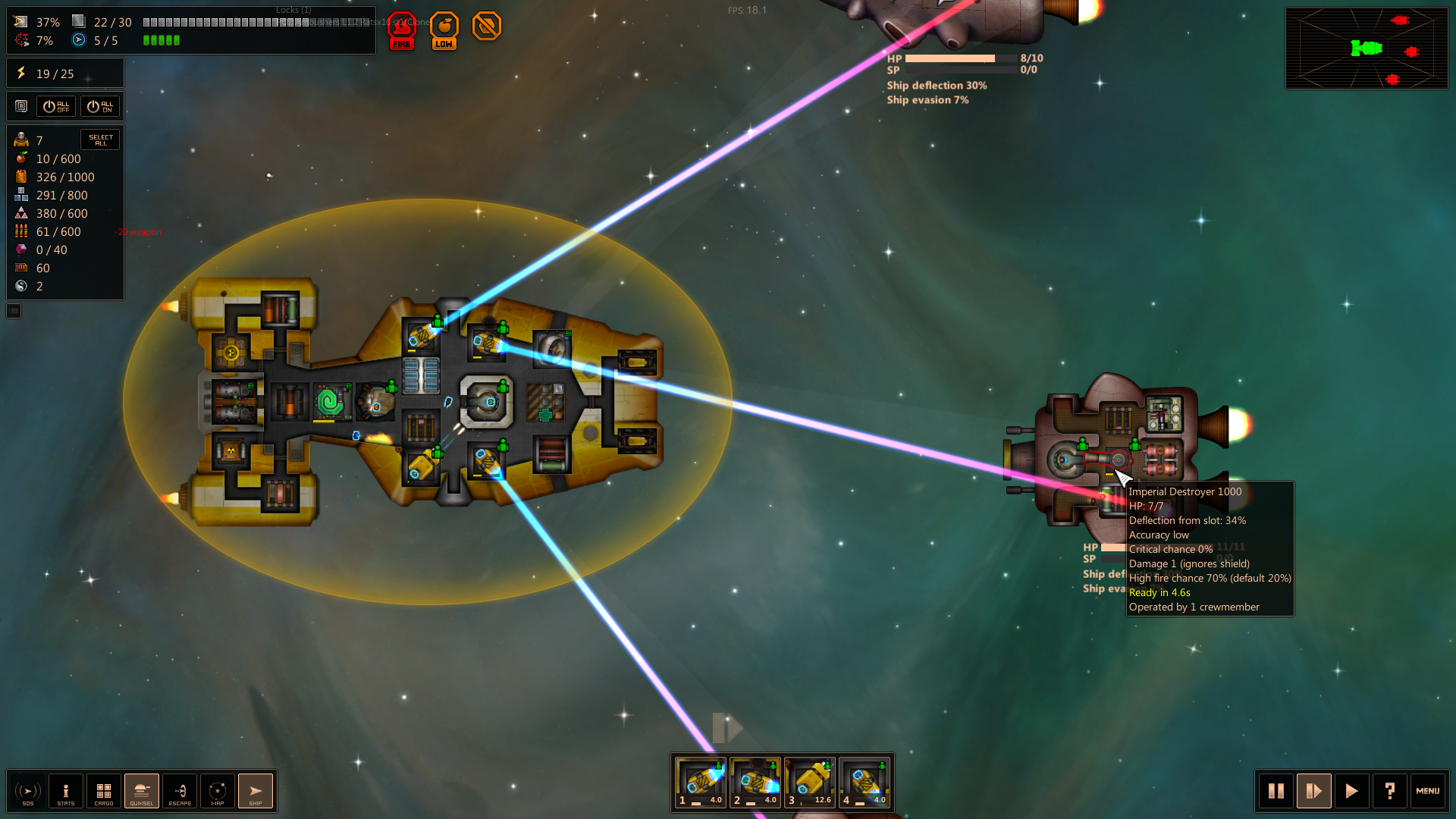 Shortest Trip to Earth has a mix of resource management and real-time strategy. Each new run begins with a warp malfunction that leaves you somewhere far from your destination, low on resources and some damage suffered. You have a chance to improve your situation through the use of fate points, which are awarded a couple different ways: you’re given a base amount determined by starting sector, and you can supplement it by collecting points exploring and battling. The points are spent on extra resources, additional ship personnel, droids with various functions, along with some permanent upgrade options that are rather expensive.

Every zone you enter is basically a small solar system, with a random assortment of planets, satellites, and more. Sometimes there are asteroid fields, and flying through them risks taking a hit (resulting in hull damage), as well as stopping your motion. Not all the visitable places in a system show up on the map; flying around can reveal a rewarding destination. As you go about exploring, some of the other occupants of a given zone are hostile toward you, and you will have to either pay, bribe, or fight your way through. Trying to outrun them before contact and leave the system seems to be an exercise in futility and wasted fuel. The game holds (what I hope are) some interesting errors. On one run, I chose to pay an extortionist, went to the planet it had flown out from, was confronted by the same extortionist again, and then one more time upon attempting to leave the planet. That seems excessive. Another time, I was trying to figure out how I would survive a fight against two ships, when all the sudden a merchant trade offer popped up.  Either the merchants in this game are very situationally unaware, have no sense of self-preservation, or are opportunistic to a fault.

Every sector has multiple solar systems to visit, connected by a series of warp points. If you run out of fuel and can’t make a jump, or get your warp drive destroyed, you have an S.O.S. signal to employ. You’re almost certain to attract a fight before a help, but there’s not much else you can do when you’re dead in the water. Except die. And die you will, for this is a Roguelike; get used to it. At the end of each sector is a warp gate which is camped by a variety of hostiles. These boss fights are usually pretty one-sided. Good luck. If you do manage to survive and get through the warp gate, you’ve earned the right to start your next run (after your inevitable death) in that next sector.