And here I didn’t think I’d be willing to review another phone app again on this website. I guess I shouldn’t be too surprised though as apps have started to look crazy-good lately and some of them have even made me think twice about possibly picking them up. I haven’t, granted, but the thought has been there. Now, Turn Undead II: Monster Hunter came about (because Halloween) and I relented, if only for two factors. The first being that it comes from Nitrome and the second being that the concept looked interesting. The first app I played from them surprised me so much that I almost said that I would try whatever they put out… and so here I am. Was it worth my time and my phone battery? Let me break it down for you.

Let me first describe the game to you because it’s a weird mix. It’s part platformer, part turn-based strategy and part puzzle game (all Monster Hunter)! If that seems like a lot, that’s because it is. The game looks like it is a simple platformer. However, the game’s time only flows when you move. You’ll move your character with the swipe of your finger. Swipe up to jump and you’ll have the opportunity to move left, right or shoot and then promptly fall while time flows until you hit a floor. If you shoot, you’ll also automatically reload which takes up a turn as well so make sure you’re relatively safe. You’ll have to time your movements to get around obstacles and enemies without taking the one hit it takes to die. If it looks like you’re about to eat a juicy slice of humble pie based on a bad decision, you can rewind time one step at a time until you get to a safe place and try again. 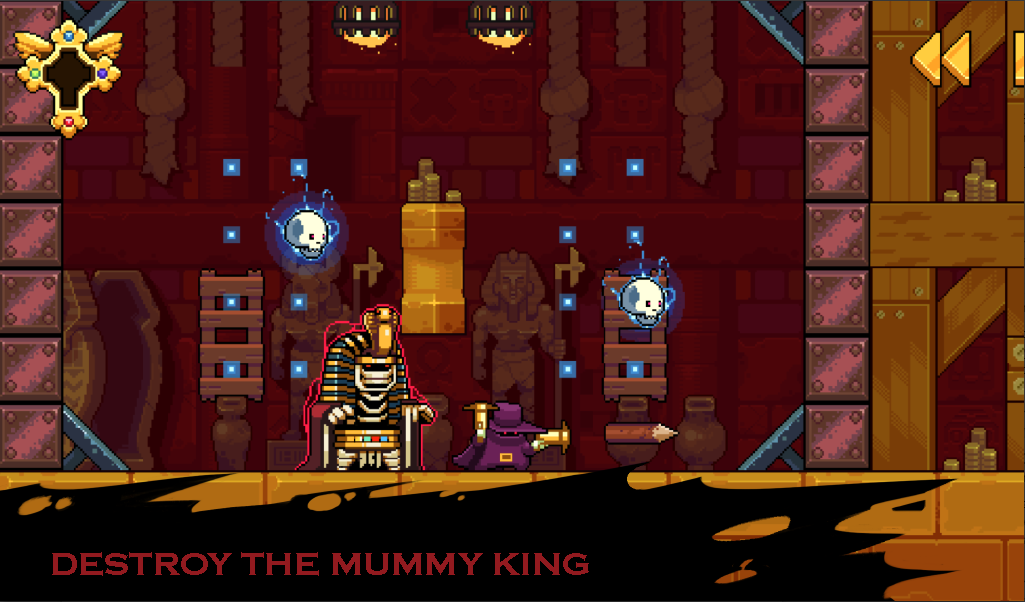 That being said, if you do get hit, you will die. You are then presented two options. (I guess technically there are three options because you can always rage quit, but let’s not go there.) You can choose to watch an add (that usually lasts about 30 seconds) and continue or possibly drop some coin to disable the ads. I can only assume the price is similar to the prices of the other games (under $5), but connecting to the store currently crashes the game for me. This is where the one problem with the game lies with me though. When you die, the worst way is from a fall. After you watch an ad, the game pops you back into the game a few steps back. Now, if you fell to your death, that may mean that you will appear a few spaces up ready to fall back down and die all over again in the same spot and thus you’d be forced to watch another ad for the same death. It’s out of your control and annoying. After once or twice of those though, it will rewind you far enough back so that you can continue to play. If you take your time and count your steps, you may not have to deal with this too often, but it’s there… waiting for you. 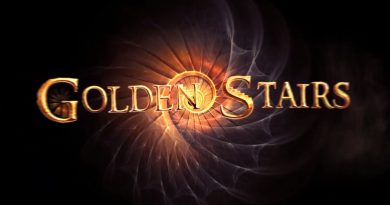