I can’t point to a single person who doesn’t enjoy a puzzle of some sort every now and then. Sometimes they can be tedious, sure, but there’s always that bit of enjoyment you get from finishing one that really strained your brain. In comes Puzzle Pelago with it’s low-poly art and subtle pirate music to chill with. It creates a great atmosphere with which to relax. Heck, even when I was stuck I wasn’t tempted to add a hole in my monitor with my fists of rage. This is definitely good for your brain so let me break it down for you.

Puzzle Pelago is set in a collection of islands with different themes. They all want some form of good and you’ll provide them by clicking and dragging buildings. It sounds SUPER simple… and conceptually it is. It’s so freaking simple that when they there were multiple factors to take in, my brain would shut off. I’d complete forget how the core gameplay mechanics worked and some puzzles would stump me something fierce! I’d be sitting in my chair thinking “It can’t be this complicated…” There were a few times where the solution wasn’t that bad and others where they were as bad as I feared. I’m going to breakdown the mechanics to you so that you won’t get stuck like I did… hopefully.

Clicking and dragging is the main concept. However, there are some different things that happen when you click and drag different buildings. (This shouldn’t come off as a shock, but I’m just saying.) If you click on a coal mine, then drag and place the cursor in an empty space, you’ll create a coal storage building. When you click and drag on the coal storage, you don’t create another building. These are supply only buildings. If you click and drag from coal storage to an iron storage you’ll create a ingot smelting building. The smelter is a supply and creation building. One of the required resources later in game is the barrel which is used to hold beer (lots of beer). To create the barrels you’ll need to drag supplies from the smelter next to a plank storage building. However, if you were to click and drag from the smelter and not put it next to the planks you’d get a tool factory which wouldn’t help you build barrels. The islands only have a specific amount of space so if you need ingots for one thing and tools for something else, you’d need to position the buildings such that you can drag away from the buildings in the main cardinal directions as much as possible. The main kicker is that none of your dragging and dropping can have lines that intersect. You’ll need to plan accordingly.

I had my kids take a few swings at Puzzle Pelago as well. They fared pretty well for being under 8. I needed to get them started on some levels. You know those puzzles where you just can’t figure out where to start and someone points out one thing and you can take off from there? It was something like that. When I got to the stages with bridges that let you go over and under other lines, they thought it would make things easier. I don’t really see them completing the game by themselves, but they may surprise me. They do enjoy themselves with the game and still like to jump on every now and again, but I’ll probably be the only one in my house to 100% the game for the foreseeable future.

As I mentioned above, the game’s concept is deceptively easy. I’m not sure why, but there where times where I simply forgot how certain buildings functioned or which steps to take and when. I am not really going to be able to fully explain this “issue” well enough. My only gripe is that there were some levels I would just be clicking and dragging willy-nilly to see if something worked or not and the level would be over and the “Success!” picture would pop up. I would like to be able to go back and seen what exactly I just did, but you can only move on from there. The game is beautifully colored and done with basic (yet good-looking, I’m not throwing shade here), low-poly art that make the game look like it’s much easier than it really is. The later stages of the game have so many different requirements and objectives with the addition of bridges that it gets much more complicated. The art design and gameplay mechanics work so well together that when combined with the music… I don’t think I’ve enjoyed being as frustrated in a long time. 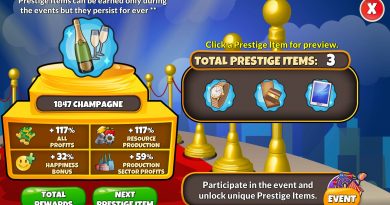