The crazy-long title aside, Record of Lodoss War – Deedlit in Wonder Labyrinth (RoLW for short) is a very-good looking Metroidvania. Since I do love myself a good Metroidvania, this was a game I was willing to consider as a development break worthy title. Side note: the 80’s anime is something I’ve only caught glimpses of so I’ve got no expectations or possible baggage coming into this game from that angle. That also means that if this “Wonder Labyrinth” was in the show somehow then I’m completely missing the reference and I’ll never know it. (There are pluses and minuses to watching the movie without reading the book.) I had the opportunity to explore the beta and I defeated it rather soundly (humble brag, go!). With that foundation laid, let me break it down for you.

Jumping into RoLW, my mind went right back to Chasm (maybe some Drizzt too). The pixel art here is a more detailed, but it gave off the same vibe. Maybe it’s the “pixelated Metroidvania” aspect of the game, but I felt right at home. You play as Deedlit the elf and you’re in this maze of a place without really knowing why. (I know, real unique, but with a great story they could pull it off.) You’ll encounter plenty of places you can and cannot get to based off of what power-ups or items you’ve either attained or have yet to attain. (I know I’m basically defining Metroidvanias rather vaguely, but not everyone has played one before.) As you progress throughout the maze you’ll encounter other characters from the anime who either run from you for some reason or another, give you vague information, act like a generic NPC or treat you as an enemy and attack you without you even farting in their general direction. This is your traditional, confusing RPG “beginning your adventure” type stuff. Unfortunately, without the full game, I’m left with only the hope that the story plays out as well as the gameplay does and the amount of detail given to the aesthetics.

The combat took a little more effort to get behind because the button layout wasn’t what I was expecting. You can easily change it, but I decided to stick with the default setup just in case the moves that would be added later made the setup more user-friendly or obvious. It never became 2nd nature but I got on and adapted anyway. As per RPG norms, you’ll find different weapons drop from certain baddies throughout the maze that have different stats. Once you pick up a specific weapon it won’t drop again until you sell it. (Now you won’t have 20x Goblin Clubs filling up your inventory.) Sometimes the weapons you find have more damage and speed, or maybe more of one and less of the another. I usually prefer range over speed so I stuck with the longer blades instead of the knife I picked up and unceremoniously sold as soon as I could. While it was quick, my reaction speed isn’t as quick as it used to be. (I’ve got to work with what I’ve got.) The bow was also nice, but worked off of an energy system that I shied away from using fearing I may not have enough energy when I needed it. (You know, like shotgun ammo in Resident Evil.) That being said, your energy does regen fast enough that the basic weapons plus your backwards dodge compliment the bow well. So shoot away, but with some moderation.

The other part of combat was the Elemental Spirits system. You have either an air or fire spirit that you can switch to on a whim. When you’ve got air equipped, you can hover and fly around. I was figuring this would break the game because what’s a Metroidvania without ledges you can’t jump to or reach am I right? Well, you can only fly so high for some reason, but you can hover forever. I’m not sure on the explanation of that, but the mental annoyance quickly passed. Some enemies will take more damage if you use the opposing elemental spirit against them. You’ll also build up the wind spirit’s energy level when attacking with the fire spirit (and vise versa) by attaining these cube-looking items that pop out of baddies upon death like a piñata. If your health is low and one of your spirit’s level is at three (the max), you can swap spirits and regen some HP without depleting the spirit’s level. (This was so useful that I used this technique to get my health back instead of potions. It may be too strong.) Some of the attacks thrown at you will be one of these elements. If you swap to the appropriate element you can negate the incoming damage. That made for some quick-thinking swaps in the middle of the boss fights which were pretty exciting. There are also elemental chain barriers in different areas of the maze that, other than damage you, seem to be there only to remind you of this damage negating mechanic.

Being the grinder that I am, I’ll admit to grinding the zombies as soon as they emerged on my map. They would spawn soon after you killed them and they never stopped spawning. I farmed up past 2,000 whatever the name of the currency was to buy the best weapons from Ghim the merchant. It also raised my level nicely. I’m not sure how it will differ in the game proper, but leveling up didn’t really do much for me. Maybe it healed me, but I relied on the Elemental Spirits for my health. My max HP didn’t rise at all. My attack and other stats went up, so that was nice. While having more defense let me take less damage, there’s something to having numerically higher HP. It makes me feel better at least. 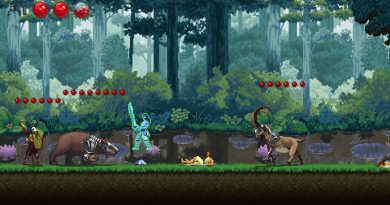 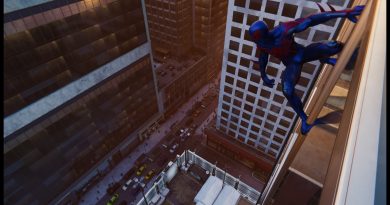 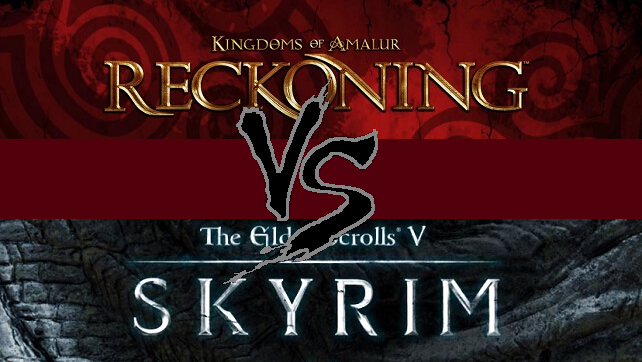