Birds doing archery is not a game idea I’ve ever had. Does it bother them that they are using arrows? Do they use their own feathers? I bet they use the feathers of their enemies now that I think about it. Either way, archery is awesome. Just ask Rambo, Crysis and Tomb Raider! Now we have a chance to fling arrows at our friends! Need a bit more spice? You can get bonuses and setup bear traps or Tesla coils because who doesn’t need bear trap-flinging bows am I right? Arrow Heads is an enjoyable arena/twin-stick shooter, but does it have what it takes to last? Maybe… let me break it down for you.

As I mentioned above, Arrow Heads is a twin-stick shooter without as much of an emphasis on being a bullet-hell (which usually goes hand in hand). Arrows aren’t as quick as bullets so you’ll have to learn to lead your enemies. Sometimes you’ll pull of a great shot while others will miss and some will feel like they should have landed, but didn’t. I fall heavily into the third category when playing against NPCs, but against real life people it’s generally the first two. You’ll eventually get used to holding down your trigger finger (thumb by the way) longer or shorter to get the distance or arch you desire, but as a tip: walking and flicking to get closer units doesn’t work very well. Or at least it doesn’t for me. Using the thumb to fling arrows is kind of funky for me because when I let go, sometimes my aim moves a little the left or right. That’s why I tend to like dodge/shooting because I don’t have to let go of the right analog stick. Dodging auto-fires a nocked arrow.

In the arena mode, enemies will drop yellow glowing orbs that fill a bar at the base of the screen. There are two main functions for this bar. The first feels as if it’s there to block a chunk of the screen when it should go mildly translucent when something is behind it. It won’t always be obvious, but on some levels it really sticks out. The other function is for bonuses like the previously mentioned Tesla coils and bear traps. You fill the bar up by collecting the yellow orbs and you get a random bonus to your weapons that also include shooting multiple arrows and (my personal favorite) rockets because rockets are freaking awesome! I can kill some of the bigger bears with arrows more consistently, but rockets require less accuracy and that’s nice every now and then. Another buff you can get is an extra heart/life. This is when the bonus system acts like the desire meter in Monster Hunter. If I needed a heart, I’d rarely get it. If I didn’t need one then one would not pop up. You can’t stack up extra hearts (max of three) so this is a small source of frustration, but RNG is RNG. Everyone shares the same meter (thankfully not the health meter), so when four players are on the screen killing a higher count of baddies and grabbing all of the orbs, you’ll probably hit the max a lot which means more fun! From one to two players, the number of baddies increased and it was hard enough. With four players the chaos is crazy-town! This is only based on the first seven or eight levels (because we’ve already lost at that point). I’m not even sure what junk Arrow Heads will throw at me at level ten or even level 25!

I really wish I could have played online with other people to properly test Arrow Heads’ “PVP” aspect out against randos. Unfortunately no on showed up when I tried so I can’t tell you how well it works latency wise. Apparently there has been some problems with connectivity that’s being worked on, but that didn’t seem to be the issue I was experiencing. The PVP aspect would be the only thing that would be a bit different from what I played with my co-op bud as there would be an extra set of two people running around flinging arrows. I’ve not got a lot of friends that enjoy the twin-stickness of Arrow Heads so online would have been a great option for me. I even tried to gather some people for two nights on Steam to no avail (I’m still willing to play). If the pattern holds, Arrow Heads will be mainly for couch co-op which is sad, but OK since Arrow Heads is a lot of fun with people who you know! I had the same dilemma Rekoil though. I loved the hell out of that FPS, but no one came online. What it needed and what Arrow Heads needs (sans a connectivity fix) is a group of dedicated people to start a community night of some sort to garner attention to the online portion to get it started. With as fun as this game is, it probably wouldn’t take long. If it doesn’t happen, the online aspect of Arrow Heads may go sadly ignored.

The more you play and finish matches, you’ll gain bird seed. The gain seemed a little low, but that may be because I want what I want and I want it now! (I guess I’m going to get the furnace too!)  Either way, when you’ve got enough, you can purchase different aesthetic looks for your birds and bows. I’m currently wielding the mech bow because I want to go full robo-penguin! Want to be a hawk or cardinal? You could. Why wouldn’t you want to be a penguin in a mech suit though? That’s honestly the coolest one I’ve seen. This is a simple yet fantastic addition to the game that helps players differentiate themselves from others and adds a little something for those that play a lot.

*The connectivity issue has been patched from what I’m being told which is fantastic for those looking to connect with friends online, but still doesn’t address the lack of random people for me to kill. The Review score stands because it is still a great game for what it is. 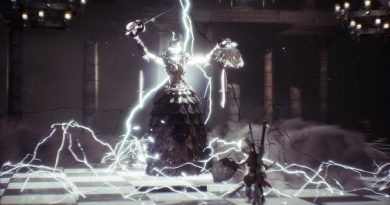 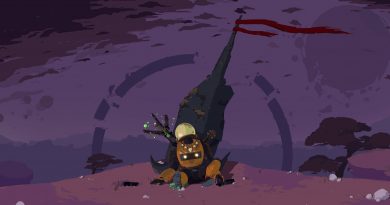