I guess if anyone can rework an already great game into a more popular one with similar mechanics… I guess it’s Blizzard. Coming from a gamer whose love for Team Fortress 2 is only surpassed by his disappointment of all of his buds not playing anymore, I was skeptical of how innovative Blizzard was going to be when creating Overwatch. They didn’t disappoint.

All of the characters play differently with each having a special niche that they can fill. There are four main types of heroes: Assault, Defense, Tank, and Support. Assault will focus on moving up and taking out the enemies with speed and damage. Support is for healing or helping with shields and teleporters. Defense can feel like Assault, but are more suited for holding down points. Tanks tank, but some are crazy mobile while others rely on having a shield-wall that slows your movement, but stops all projectiles. It’s crazy how similar the characters can be yet still so varied.

The level design is most well thought out, however I am indifferent to certain maps for how large they feel. Sometimes getting back to a point is rough and you can easily lose all of the momentum your team was building with one poorly timed move or that single missed shot. How about forgetting to reload before you turn that corner? We’ve all been there. Not all maps feel like this, but they all feel like they favor defense more at times (which can be frustrating when you have to run a good distance), but I feel it was the right way of going about it. Having to run far to defend a point on a linear map setup would be more annoying in the long run.

All of those components are great, but does anyone else have an issue with the story? Really, what’s the actual story here. We have this history of some robots named the Omnics who eventually grew evil and started attacking everyone so the world got all of their best heroes together and created Overwatch. Together they defeated the robot-wannabe-overlords and saved the world. Then the world (I guess) moved on from them because when the world doesn’t need heroes, they apparently turn on them. So everyone went their own way and suddenly Winston is calling them all back together because they are needed again… to fight… each other? Wait, what? Why? I don’t get it at all. Why are we fighting in these deathmatches in random places all over the world? What greater good does this serve? Were we hired by opposing factions and we’re fighting their wars for them? Does that count as selling out and seem kind of cheap? Oh well, at least the game is a ton of fun.

The main thing I like is that there are no overly overpowered characters no matter what some people may say. Some characters are simply amazing in specific situations and there are people who have spent considerable time and effort figuring the intricacies of all of them out (except for Bastion, he’s simple). There is a great counter to every character and sometimes the same counter doesn’t work in every situation which is why team work is so important and the ability to swap characters is so integral to the flow of the game. If you’re losing, the for the love of Mike, someone switch it up and try a different combination! I will admit to being guilty of the not-switch, but I do my fair share of switching to try to help. Some teams can’t be helped by one person trying something different though.

One final note from the perspective of someone who’s not level 50 yet, is that milestone (level 50) the last time we’ll get a loot box without buying one?* Is there a more direct way of purchasing a skin that one would want for a specific character they like to play without plunking down a possible load of money for a bunch of chances? You can do this in World of Warcraft for certain mounts and it’s the same stinking company. I can spend as much as I spent on the game for a few chances to not get what I want, or a ton of crap for Roadhog again, who I am terrible at. I sure hope that there will be a direct way eventually, but in the end it is a business and I get that… but this is also not EA… Don’t micro-transaction me bro!

*Apparently there is no level cap… nevermind. According to the Wiki, you can just keep leveling up with a loot box awarded at every level. However, it’s probably going to feel like a longer grind the higher the level. Gaining a level may feel crazy long, but I guess, it’s better than being “forced” to pay for extra. Also, you will eventually be able to buy, directly, a cosmetic upgrade. 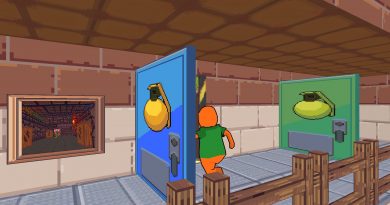 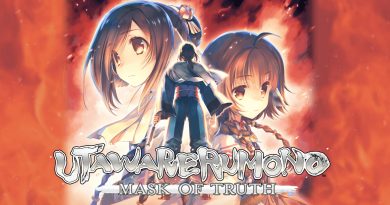