Turning on Electronic Super Joy: Groove City (Groove City from now on) for the first time, I wasn’t sure what I had just got myself into. I had almost given up on the game after I tried to tweak a few things, but then something clicked.

The basics of the game are solid. Groove City is a platformer at its core and it’s one of those platformers that will make you question if you actually do enjoy the genre or not. They had some funky control settings and after having some time to think about it, I still have no idea how they came up with them. I changed them a bit to make them less awkward, but I eventually switched to my controller instead. The controller setup just feels right with platformers. It helped the enjoyment factor quite a bit.

Once I got the control issue settled I was made aware of what else bothers me about Groove City. While the theme of the game is as blatant as it can be, I was still willing to give them game a shot even though the synopsis of a game describes a game I wouldn’t bother installing. I mean, come on, it’s a platformer, how awkward could it be? I love electronica and most types of it as well. If it’s going to have lyrics to it other than some random movie quote or a robot saying around the world, I don’t usually listen to it.

Groove City’s soundtrack is filled with “orgasms” or so they say. It’s pretty much in your face and while some people don’t give a crap, I’m one of those people who prefer for that to stay out of my game. Luckily, they have an option to turn that off called PG Mode. After the “orgasmatronica” is turned off (no pun intended), the game is a pure, hardcore (really, what’s with this word choice) platformer that is highly based on timing and trying things over and over again to land that precise jump while getting shook by some base thumping tunes.

There are plenty of things to enjoy about this game’s platforming. It’s naturally challenging, but with the addition to stars that start to shoot out homing missiles the try to ruin your day all for the desire of a higher score, the controller biting may commence. It does give it that ability to beat a level just to get past it, but with the added level of desire to come back and try to destroy the score you just settled with. I really do like that approach. 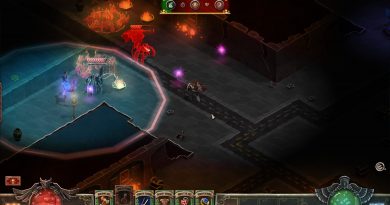