There is a distinct lack of ARPG’s for my mobile of choice: my Nintendo 3DS. Sadame is here to fill in that little hole in my 3DS’s heart and for the most part it delivers. There are four different classes and they all play differently enough to not make them feel like carbon-copies of each other. That said, there is a distinct unease I feel when I play this game. So far the Rogue has been my favorite class to hack’n slash with, but the issue I’m talking about is still prevalent here. That issue is control. You start out with a 3-hit combo that is mostly effective against everything you’ll face that isn’t a boss (you’ll find your combo in the menu). My Rogue only needs one move to finish trash mobs off, and while cool… kind of unsatisfying. I’m told your combo gets better/longer later in as you progress your character. 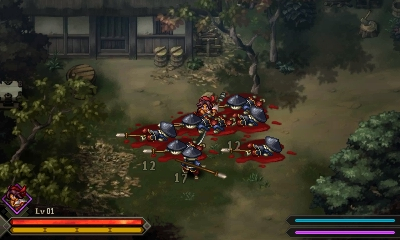 That problem is that the combat feels sluggish and soon can feel repetitive. Neither of those two options appeal to me as a gamer. I would have preferred to have the combat be a more free-form and flow from one fight to the next. However, when you get to the end of your combo, you’ll sit there for a second leaving you open to all sorts of attacks if you positioned yourself wrong. This is where the baddies can start to beat you down rather quickly until the simply decide to stop for no real explicable reason. One second you’re the king of the world and the next you’re fresh meat in a prison. Theoretically, I also could also suck at this game, but I don’t think this is the case here. Without more connected combat or one-hit moves, this what I’ve experienced. 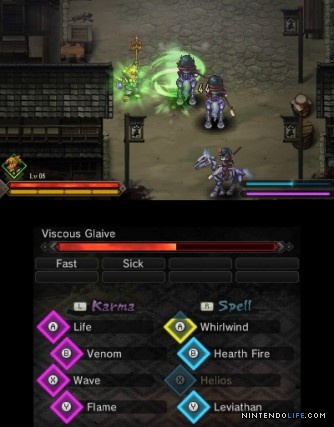 Now, as opposed to sitting here and making a negative rant fest, I’m going to tell you how you can enjoy Sadame even if you feel the same way as myself. Approach Sadame like a mini game that you’ve played in the past. “Pick-up-and-play” is the name of the game here. If you jump into Sadame and play to beat up a bunch of no-goodnics and after a successful level/adventure which will include a boss fight: save. You’ll be left wanting a more. After your adventure destroying the countless baddies, you can do the normal RPG fan-fare of comparing the loot and re-equipping yourself with all relevant upgrades if one is to be had and applying stat points. 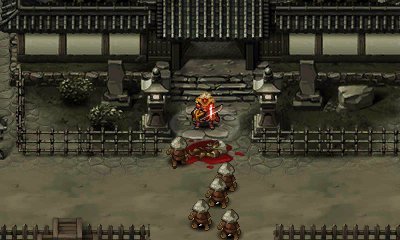 The loot system is another issue I had with the game (once again diminished if you use the “pick-up-and-play” method). Sadame reminded me of Borderlands in the same regard. Now before you get all excited because “Borderlands“, let me explain. Ever heard the quote, “Water, water, every where, nor any drop to drink.”? Much like Borderlands, I’m surrounded by a great amount of items at the end of the level, but I’ll have about one or no good upgrades and be forced to sell the rest. I think this, while kind of annoying, is better than only getting one good upgrade by itself. It works in Zelda, but you only have the “Link” class as opposed to having the four classes here and you can share your inventory across saves. I just hate seeing all that loot and weeding through it and then not having anything for my current class. It’s like finding a chest and it’s only ten ruppies and on top of that, your bags are full.

I also love having the skill tree not be a traditional triple-branch style and have it be more of a circle of qualities that benefit you in a specific set of ways be it physical damage or defense or any of the other stats you’ve got. That, and there are multiple trees for all your OCD needs. There are definitely options to make multiple runs play differently enough if you wanted to. Stick with one stat and you’ll be pretty proficient in one area. However, you’ll need to branch out if you don’t want to be a glass cannon and let’s not forget that you’ll be wanting to wear some of the gear you’ve acquired in your adventure. If you’re familiar with other games that have stat requirements for your gear, you’ll feel right at home here.  You’ll have to be careful where you spend your talent points because, from what I can tell, you can’t unspend them. That’s not really a problem, but more of a word of warning. 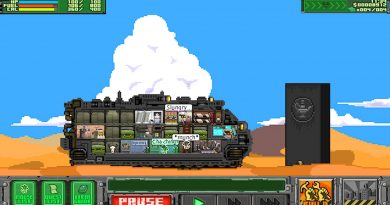