Magicite was the lurker on my Wishlist (which is 189 games long now) and (somewhat) recently it went on a pretty sweet sale so I picked up the four-pack with some friends and I in mind. It had become a drug that I couldn’t kick and I had to get my fix almost nightly with one or two friends of course. Sharing is caring, right?

That’s not to say that Magicite isn’t a good single player game, but you know how some games are just more fun with other people? Well… this is “kind of” one of those games. I think, as opposed to some games where one mode stands out above the other, Magicite’s single and multiplayer modes have completely different feels and both want and get my attention.

When playing solo, you’ve got a bit more inventory management to deal with since everything is harvested and crafted by yourself. You can sell everything that doesn’t pertain to your build and get a decent bit money with some good speed. While running solo there’s no potions to split and there are no boar butts flying into your face after your buddies hit them in the face(the struggle is real). If you’re playing with three or more people, the inventory management gets pretty complicated with people arguing about whether or not “we should get the diamond upgrade first” or “what ore are we on with arrows, are we sure were done with rock arrows?” It takes us a long time in every town, but when playing with buds, it’s all fun. If I was playing Magicite with other people (read: online multiplayer servers), I think I wouldn’t enjoy the experience much, if at all.

While you get no support, the enemy AI acts funky when more than one person is on the screen. Bees are probably the worst offenders with their juking a completely different direction and hitting you. When you’re solo, it’s fairly easy to guess where most enemies are going to go. The boar is the one mob that has set up a melee = “solo only” policy with my buds and I. Hitting them knocks them back and a boar butt in the face has been known to be the kill-shot many times. All the mages and their casted magic can also cause some problems, but mostly if you’re melee. If you’re ranged, it’s not that difficult.

Each of the three modes of combat feel good, but they are not all equal. Like I’ve mentioned already, ranged is kind of like an “easy mode”. Once you’ve compiled a large enough collection of arrows, you can just let them fly and not have a care while you go and frolic through all the loot there is to pick up. Magery can come off similarly, but with a perk. You can fire your Fire spell a little slower than one can shoot arrows, but fire goes through walls. (Whatever science; this is magic we’re dealing with here!) The issue with both is that sometimes getting the components necessary to build your arrows or your magic sticks can be more difficult in some runs than in others. That can be a great source of frustration because you can’t have easy arrow mode, if you can’t make a bow… or arrows.

Melee doesn’t tend to have that issue of ammo. You can always hit an enemy with something or if you are, for some reason or another, completely out of something to hit bad guys with, you can punch them. Melee is satisfying, but feels the most challenging. It’s tough to fight some monsters with their quirky movements or the fact that some just move faster than you. (I’m looking at you bats in the spider cave! … jerks…) Put that together with the two-handed weapons needing a sense wind-up timing and you can see where the going gets tough. 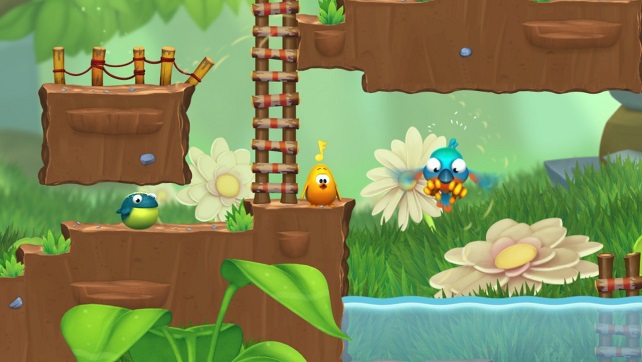