Other than the video above that you may have watched before here’s the basic idea of InSomnia from the Kickstarter:

InSomnia is a Dieselpunk RPG that transports you to a retro-futuristic space station on a 400- year journey in search of a new home.

Explore the world as a warrior—or hide in the shadows as an outcast. Perhaps you’ll be a charismatic leader—or maybe you’ll become an apex predator with bloodshot eyes and a thrill for the kill. Either way, you will have to muster the strength to survive in order to find out why mankind has embarked on such a risky journey through uncharted space. [InSomnia] offers an epic, non-linear storyline with many ‘points of no return’ (think of them as forks in the road) and deep, immersive gameplay. The fate of the space station’s many inhabitants will depend on your choices.”

The guys over at Studio MONO were kind enough to take the time to answer some questions for me about their game InSomnia. It recently hit their funding goal on Kickstarter and with a few days to go, is still climbing as word gets around a little more. Please enjoy the read!

TVGBL: What’s been an inspiration for you guys in creating InSomnia? Having played the tech demo, I got vibes from the original Fallout and Bioshock.

Anatoliy GuyDuk – lead developer at Studio MONO: The original idea was born slowly over several years, prior to when we started working on this project. I would just start thinking about the game and how I’d like to play by myself, so I thought about it for 2-3 years, making notes and conceptual sketches ETC.  Over time I got together the first overview of the project & this is when I decided that I need to try to make it a reality – not just a fantasy.  Once the first design concept was together, I started searching for the team; at first bringing in friends then looking for talent in Russia and then for people all over the world.

The project was in many ways was inspired by the classic Fallout Series and Planescape: Torment. I really like the look and feel of Bioshock, but this genre is not interesting to me really. But we don’t want to make another Fallout or Bioshock; we want to try to make our own unique universe and have still a lot of work to do =) These games are just the inspiration and the reason why we are making InSomnia project.

TVGBL: While InSomnia isn’t exactly an ARPG (like Diablo) it may draw some comparisons. So what do you feel makes your game stand out above other somewhat similar games?

Anatoliy GuyDuk: Like any other RPG, there will be a lot of dialogue but not thousands of monsters spawning to try to beat you to a pulp, no leveling system of characters and item leveling system.  The game will have tactical game play, really tactical and players will soon learn the importance of taking to shelters so they do not to die. Replayability wise, there’s lots of quests.  These are not about kill 200 hundreds monsters or gather 30 rat tails, ETC. So in many situations there will be multiple choices, to avoid combat by dialogue, sneaking or other additional options. In my mind comparing InSomnia RPG with Diablo style games is absolutely wrong. The thing that we have something similar camera angel, this is possible the only thing that makes our project similar to Diablo, but we don’t say that for example Planescape: Torment and Diablo 1 are were similar course of the camera angle=)

Anatoliy GuyDuk: Additional playthroughs make the difference, as well as several dozens of situations and side quest that will not be revealed through the first play through, it will be just impossible. Some of these side situations\quest will appear randomly, some will have several terms and conditions to be activated.

TVGBL: Will there be a New Game+ mode after beating InSomnia?

Anatoliy GuyDuk: No =) I can guarantee though, that you will not open all content during one play through, and level difficulty you will chose only at the beginning.

TVGBL: Since I haven’t seen the skill trees yet, I was just wondering if a full/only melee, stealth or diplomatic approach would be possible in InSomnia?

Anatoliy GuyDuk: So it will be hard I think to play with completely melee or completely ranged combat skills, you will need to get a sort of proportion.
Many situations could be solved in dialogue if you wanted to and have good charisma as well as some social perks. I even don’t know by my self if it would be possible to play through just using speech skills, but in some situations you will be involved in combat no matter what. Sneaking of course yes,  it will be possible to make  a build of a thief, but you will need a complex set of skills, it will be hard to play just focusing in one skill, so on one hand you will be not able to learn everything, every skill perk and ability but on the other you will need several skills to play through.

TVGBL: I know InSomnia has crafting, how expansive and necessary will it be? (I love a good crafting system, more Ultima Online than WoW.)

Anatoliy GuyDuk: Exactly – like Ultima Online =) I like it to, and it is in one of our prototypes, but we will not have as rich crafting opportunities as in Ultima I think. You will be able to craft and manage simple  objects, make improvements of your items,  disassemble  items you don’t need,  get resources to build the item you need, but there will be not a crafting a really complicated higher technology mechanisms from the nothing. Yes, you will be able to customize its look, some parameters but only having the base, and parts that you need for customization.

TVGBL: Wearing certain armor types will slow you down or help you be more agile and fast correct? Will there be fancy armor sets that when completely gathered give stat bonuses as well as looking aesthetically B.A.?

Anatoliy GuyDuk: No there will be no system of items sets, armor gives a great defense, but have several penalties.  There will be different types of armor, some will have just 2 – or one parts, as heavy and super heavy armors,other will consist of different slots, legs torso, helmet, gloves ETC. The more heavy armor you have the less tactical opportunities you will have, for example lockpicking in super heavy armor as well as using medicines and crafting skills are disabled, but you will have a really great defence. Again we will not have level items, there will be items of different qualities and each type of armor light or super heavy will have it bonuses and penalties.

TVGBL: I see in your FAQ section of your Kickstarter page that you offer co-op and NPC companions. Will there be a mixture of the two (how would the “real-time with pause” work)?

TVGBL: What aspects of InSomnia are you most excited for players to experience?

Anatoliy GuyDuk: The storyline, we’re incredibly proud of what we’re put together. In InSomnia RPG 2 maybe we’ll up the ante in terms of visuals, but the main task right now is to brainstorm dramatic storylines and to create hard decision making that will impact on the player’s experience.

TVGBL: Is there anything else you’d like to mention to the readers?

Anatoliy GuyDuk: We’d like to thank backers to getting us funded and for those of you who don’t know about our game, come and check out our campaign. We’d also like to thank you guys at The Videogame Backlog for your support and hope that you and your readers have a good summer =)

TVGBL: Thank you for taking the time with us to shed some more light on InSomnia.

Anatoliy GuyDuk: Thank you for your questions.

There you have it guys. I hope you found that to be an interesting enough read to warrant another look at their Kickstarter campaign. It’s already been funded, they are just working on stretch goals now. If InSomnia looks like you cup of tea, head on over and give them some love! Also, give them a like on Facebook! 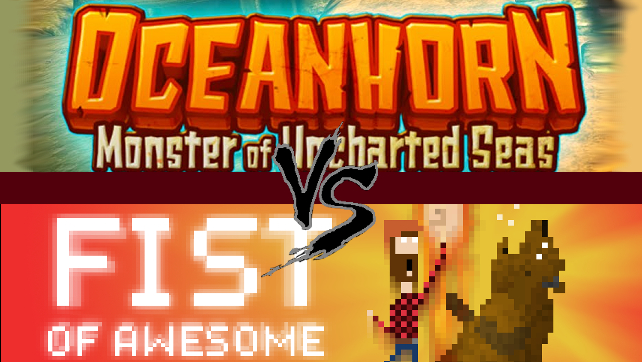 Oceanhorn: Monster of Uncharted Seas Vs. FIST OF AWESOME 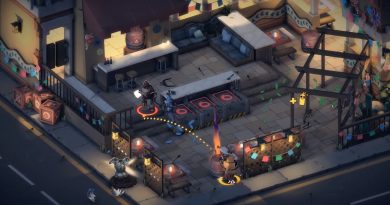 One thought on “InSomnia Q&A With Anatoliy GuyDuk”