FORCED was a hard game for me to get into. It’s a brutal game for a few reasons and I’ll try to cover why as best I can.

First and foremost, I feel that FORCED is a co-op game. It’s not that you can’t go into it solo, but when I play solo, I feel that the classes, being so diverse, compliment each other very well. When you play solo, you’ll notice you’ll have a lack of range or quick area of effect damage. I’ve had to replay levels multiple times just because of how a level played out. Not that I lost (which happened a lot), but that I noticed it would have been “easier” with another class. Now if you were playing with friends, then that class could have been covered by a bud instead of lamenting the absence of said class.

The “fifth member” of the team is a spirit mentor named Balfus. He’s a fun little ball of light that you command all the while he gives you snarky commentary and helpful advice. I think Balfus talking is my favorite part of the game. Balfus is used to control objects, blow things up (including yourself on accident), stop consistent damage to you and your party, and heal yourself. It’s used well when you’re just exploding things and when Balfus is used to do the moving object puzzles it’s a fun challenge. I absolutely hate when you have to use him like the Chalice in Final Fantasy: Crystal Chronicles though and the “circle of safety” bit. That’s more noticeable in multiplayer. While it’s an interesting mechanic and can be fun to kill your buds by moving Balfus away from them, it’s more annoying. 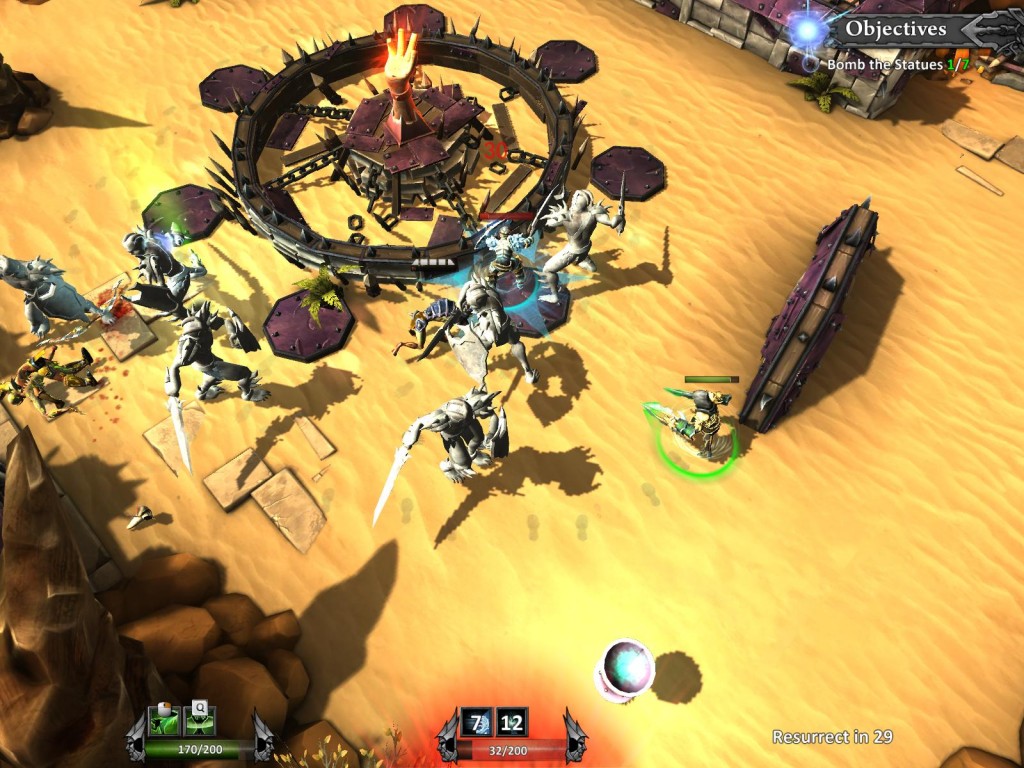 FORCED reminds me a lot of Gauntlet Legends from back in the day… only harder. It’s not NES hard, but it’s similar. A lot of the levels and bosses have things that need to be done before progressing while other just have things you need to kill. Some have both, but that’s besides the point. In the levels where you need to kill something (usually a boss) there are adds and things you need to clear before a boss. This is where teamwork comes into play because focusing on certain mobs, dpsing the boss and maintaining heals all factors into this equation. Once you get the pattern down though, it becomes somewhat easier. It feels like I’m vaguely describing a WoW raid…