Almost everything about Ghost Recon: Online will blow you away when you consider that Ubisoft made this a free to play title. Graphically it’s awesome and the mechanics work smoother than some of the other FPS’s that I dropped $60 on. Recently I don’t tend to buy modern FPS’s without the ability to try them out first. (I’ve just been burned too much, anyone else feeling me on that?)

The difference between GRO and almost every other FPS right now is the necessity for tactical play. You don’t tend to get very far if you run and gun out of cover. Cover works pretty smoothly and is pretty awesome unless you don’t realize that you’re hiding behind one of the few spots where the cover is too thin. Popping up and taking shots does take some time to get the hang of, but it’s not extreme.  The best approach is to team up while covering your buddies and watching ambush points.  This is essential to moving forward and holding positions and holds true with every map as they are all “cap and move up” maps.

There are three basic classes in this game, the Recon, Specialist, and Assault. They seem very similar, but with the exception of the Specialist and the Assault both using shotguns, they all have different play styles.  Fancy being sneaky; go recon. You can have momentary invisibility with your Cloak or use your Oracle to radar ping enemies through walls. Then you can customize them further with different sniper rifles or SMG’s. Having said that, I do believe that SMG users tend to run and gun.

The Specialist can use LMG’s or shotguns. They mix it up with abilities that create a bullet proof shield (AEGIS) or a momentary aoe stun (Blackout). I love my LMG, but to tell you the truth, even if I’m doing horrible, I still have a ton of fun blasting people with the shotgun. If my K/D ratio is leaning more towards the D than the K, I’m usually ok if I just catch a crouched enemy unaware with my shotgun.

The Assault plays similar to the Specialist except that they can use assault rifles. I find them a little less useful than the LMG or the shotgun because I’m just not as good with guns without iron sites. The special abilities they have are a microwave device (Heat) that makes it nearly impossible to raise a gun and makes most people run for cover. They also have a shield that you equip and bum rush into the people and knock them over (Blitz). There is a small recovery period for the one knocked over, but that’s enough time for you to unequip your shield and finish your enemies off. It’s more efficient to have someone there with you to finish them off instead though.

As with most games, it may take some time to get used to the mechanics, but the largest part of the learning curve is remembering not to just rush into battle. My best advice is to find a combination of class and gun that you feel most comfortable with and ride it to freedom while sticking with your team. I do recommend trying out all the classes to at least level 7 to experience firsthand secondary special abilities.

As with most progression games, you can level up and with that you get in-game points and the ability to purchase new weapons. The higher you get, the better the gun options are (technically), but just having the newer guns doesn’t mean you’re unstoppable. With proper teamwork on the opposing though, it can seem like it. Like I stated above, take care, take cover, and cover your buddies and this game will give you an experience I haven’t found in a FPS in a while and it is long overdue.

I guess I should mention there is a cash shop, but it’s nothing you need and nothing you can’t get without simple leveling up. There are some aesthetic changes, but nobody “truly” needs that. However, if you are having fun with this game, why not give some money to support it?  So head on over to GRO’s site and give it a try.  If you’re looking for something different in your FPS’s, you owe it to yourself to give this a try. 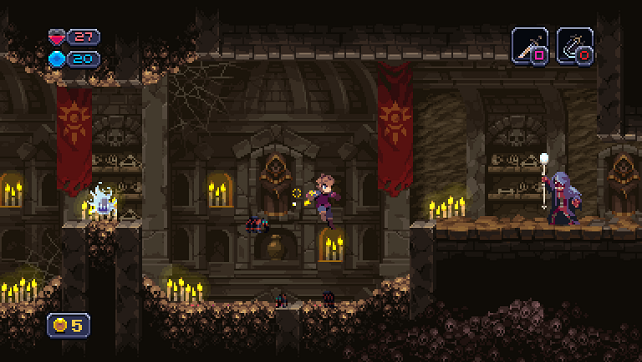 Ubi Delays Watchdogs On Wii U & No One Was Surprised