If I wasn’t excited enough for Eternal Crusade, just getting some of the answers back in the latest Q&A was enough to make me throw my wallet at my monitor… except that I don’t really have to since you’ll have a chance to play this MMO for free. By the looks of it, you’ll probably want more than that if things keep going as they are! Again, check out their main page where you can enlist and buy a founder’s pack, follow their Twitch, and give’m a Like on Facebook! Without much further ado, enjoy the read! 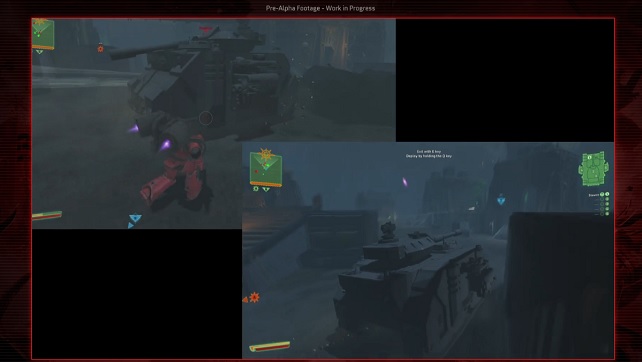 The Videogame Backlog: So, for those hiding under rocks, could you describe Eternal Crusade to the readers?

Brent Ellison (Lead Game Designer): Eternal Crusade is a persistent, open-world MMO on a planet in the Warhammer 40,000 universe. The game is a PvP-focused action-shooter, with players taking on the roles of a Space Marine, Chaos Space Marine, Ork or Eldar as they fight to conquer territory and push the goals of their faction on the surface of the world.

It also features deep progression and community systems. You earn new weapons, accessories and traits, and can join a Strike Force, make plans on their cruiser, and even get elected to a Faction Council to really drive the war forward with your strategy.

TVGBL: Video footage shown seems to show that the gameplay will be similar to Warhammer 40k: Space Marine. I assume that game was a source of inspiration; what else are you using as a muse?

Brent: Our top inspirations for the core gameplay are Space Marine, Planetside 2, Battlefield 4 and Dark Souls. As mentioned before though, MMO community features are also a vital part of the experience, and we’re drawing from a wide pool of online games for those.

TVGBL: Right now four factions are slated for launch. Are you guys planning on releasing more for the players to try or as NPC controlled factions like the Tyranids are currently? (Squats!)

Brent:  After launch, pretty much anything’s game! We’ll be looking at what works best for the game state at that time, as well as what the players want! MMOs have different needs over their lifetime, so even playable Tyranids are a possibility.

TVGBL: Is there a general opinion around the office about which race is better and how often can we expect other races to get nerfs because of this?(sarcasm intended)

Brent: Haha, well I’m a tabletop Chaos and Orks guy so I personally like to troll people on the team about nerfing Eldar. But they have a lot of cool unique mechanics that translate really well to action games so I’m pretty jazzed to play them in EC. If anything, we’re going to need to crank things up on the other factions to match them.

TVGBL: Are there official treaties that two races can sign and join up against another race? If so, how would that work?

Brent: Factions will be able to ally and work together to accomplish a common goal, and we plan to promote this through the campaign design. Whether there is an official faction-wide alliance that everyone is forced to obey or not is another issue that we plan on exploring when the game is further along.

We’d love to be able to have those sorts of cool, high-level diplomatic effects of course, we just want to make sure that it doesn’t feel unrealistically restrictive or get used for unintended purposes.

TVGBL: Is Eternal Crusade still looking like it’s going to be only on one server/world for all players?

Patrick Balthazar (Lead Programmer): That is correct! We have so far no indication that this won’t work, but we are far from the final decision!

TVGBL: What are you doing differently that other MMO’s who can’t handle the load?

PATRICK: Our server architecture is very different from any other MMO. While other MMOs can only serve a certain number of players in a certain instance, we don’t have that limit thanks to MuchDifferent’s Pikko Server technology. This enables us to distribute the load to multiple servers in a more dynamic fashion.

TVGBL: I think you completely nailed the FTP (FTWaaagh!) model, could you explain how it works as well as the limitations on those that don’t want to pay?

Brent: By default, the game is premium with no subscription and a cosmetic/convenience cash shop – we’re basically modeled after Guild Wars 2. You buy once and you can play any of the launch factions forever. As this is a PvP-focused game we don’t want to split our player-base, so we also don’t plan to restrict access to new zones.

However, we are also offering a way to play Eternal Crusade for free as a member of the Ork faction. If you create a free account, you can play as the base Ork Boy classes for an unlimited period of time and go through their full progression. You won’t be able to spawn elite classes like Meganobz and you’ll have some restrictions on vehicle spawning, but otherwise you can experience pretty much the whole game.

This works in favour of the entire design, as otherwise there’s a good chance that Orks would never have the population necessary to feel like Orks! With free players filling out their ranks, players should regularly see Green Tides on the battlefield.

TVGBL: On your first livestream (awesome by the way) you mentioned support classes and I’m a huge fan of playing healers/buffers. Some games don’t give players enough incentive to choose that role. What are you guys planning on doing to encourage players to give buffs a chance?

Brent: In games focused on PvP you’re more likely to notice any advantages you get. When you’re just fighting mobs, there’s usually a wide margin between the power you need to win a fight and the maximum you can eke out. As a result, optimization just makes the mobs die faster so you might not bother with buffs.

When you’re facing players on roughly even statistical footing however, that buff can be the difference between life and death. Support buffs don’t stack but they are force multipliers, so an army should try to have one support character on hand for every 4-9 characters in order for everyone to be fighting at max efficiency.

TVGBL: You guys have also talked repeatedly about giving full disclosure to the fan base. What has been the most difficult aspect of doing that and why take the approach in the first place?

Brent:  Unsurprisingly, the most difficult thing is always communicating why we’ve changed our mind on something. When we announce what we’re planning to do, we always try to emphasize that it could easily change. That said, it’s human nature to get excited about cool new things. So at this stage in the project where it’s difficult for fans to see exactly why we make the decisions we do, when we make changes it makes sense that it’d sometimes upset people.

The only thing to be done is to make sure we spend a lot of time communicating our reasoning behind these decisions. We have a great core fanbase that is interested in digging deep into the design and development and as a result it’s actually possible to have these sorts of informed discussions.

Once we’ve got the game in people’s hands in Early Access form, it should be much clearer what the game is, where it’s going and what needs to be done for the game to be the best it can be. At this point of course, many changes in direction and design will likely come directly from hands-on player feedback.

TVGBL: What are some major obstacles you’ve had to overcome in getting to where you are today?

Brent: Well, we did start the concept phase for this project at another company…

TVGBL: What are some things that are set in stone for you guys that no matter what the forums ask for, you will not change? You know, like having the Macarena dance for the Chaos won’t ever get passed.

Brent: Yeah, dance emotes are a no-go except maybe Orks. I know this is probably going to disappoint a lot of people, but in addition to Squats you can also forget about Zoats and Sorcerers of Khorne any time in the near future. 😛

TVGBL: Please don’t take this as a dig, but looking back at your company’s game development history, Eternal Crusade seems to be a large change in scope for you guys (this is coming from one who doesn’t program for a living). What made you guys take the plunge into creating a Warhammer MMO (Star Citizen as well I guess)?

Brent: For Patrick and myself at least we’ve worked almost exclusively on MMOs in our careers so it’s not much of a change for us. Same for our Head of Studio (Miguel) and Lead Level Designer (Steven). Our Creative Director’s also used to projects of this size based on his experience with the Far Cry franchise, Rainbow Six and Splinter Cell.

But what Behaviour’s brought to this project that’s so refreshing is organization – everyone on the team is so focused on producing that we can guarantee virtually every dollar of our production budget ends up making the game better in a tangible way. Wasted work is a fairly common problem in the industry (and especially on MMOs), but I don’t see that very often on our team – we just keep moving forward!

TVGBL: Despite how all that you guys have shown so far (especially with the latest livestreams) should have dispelled most fears; what would like to say to those gamers who are yet apprehensive about you taking on this challenge?

Brent: If you’re not ready to join us yet, just keep watching. Game production is a marathon, not a sprint, and the game will get better and better over time. We know 40k fans are demanding so we intend to show we’re up to the challenge!

TVGBL: Is there a full release date planned more specific than 2015 yet?

Brent: Bikes are gonna be awesome you guys.

A great big thank you to all the hard workers over there creating, what looks to be, a fantastic Warhammer 40K experience! Special thanks to Brent Ellison and Patrick Balthazar for answering my questions and to Katie Fleming for setting it all up! Best of luck to you all and I will quite possibly see you on the battlefield if having two little girls run amuck in my house isn’t too much of one for me already! 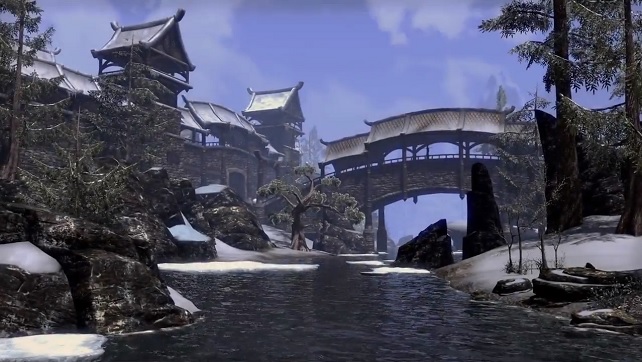