Ring Runner: Flight of the Sages brings a lot to the table and I can honestly tell you that with all the time I’ve played in it and even using some cheats to unlock and play with some of the later level crafts I have barely touched on everything.  I’ve got a decent grasp of what Ring Runner has to offer and it’s pretty crazy.

Ring Runner starts out with something that I haven’t experienced in a twin-stick shooter in as long as I can remember, comedy.  You awaken in a strange place from some “bargain-bin brain surgery” not quite knowing where you are with a  bit of your brain missing.  It was replaced with Nero, the voice in your head that will help you navigate through space. The conversations between yourself and Nero are pretty funny. Later when there are conversations between you and NPC’s and Nero jumps in, it’s almost funny to realize that it’s all in your head… quite literally.

I couldn’t give you the exact numbers on how many plane hulls, skills and items are in this game, but customization runs very high in Ring Runner.  It can come off as a bit daunting, but it is nice to have so many options. Variety being the spice of life and all that. (Insert Dune reference here.)

While the setup for the game is great, in the end I’m not completely enthralled by Ring Runner. The writing is fun and enjoyable. The customization is very welcome and nice to actually have as many options as are given. The speed of the game is right about where it should be.  There isn’t to many seizure inducing flashy lights, which I find in a lot in space shooters lately. I also don’t even remember thinking it ever crawled. The game is very beautiful with the ship design and with all the missiles flying around and everything exploding.  Triple.B.Titles did a lot of things right with Ring Runner.

My only gripe is with the controls. With as many options they gave with the customization with the ships, I think they brought this idea to the control scheme as well.  This isn’t something I tried for 20 minutes and decided to write a scathing review on, I gave a fo-reals good ‘ol college try.

Triple.B.Titles tried something new (or at least new to me) with the controls than I’ve ever experienced.  You can try the free version here to see what I mean, but let me try to explain. Most twin-sticks I’ve played have used the left stick to move your craft around the stage while the other stick was used for changing where your aiming.  This feels good and normal and I’ll admit that it’s my comfort zone play settings.  In Ring Runner, the left stick turns your craft clockwise or counterclockwise and the right is a flick to dodge mechanic.  Stopping was a chore until I learned of the e-brake (inertial dampeners) which kind of works, but feels very odd.

It’s rather ingenious with the setup they’ve got. The whole control scheme is neat by design and from what I’ve read some people love it.  However, for me the game was kind of ruined by the controls.  It’s like people saying improving combat in an MMO is a gimmick even though 80%+ of an MMO is spent in combat. Some people may feel I need to get over it; it’s just their design choice.  That’s true, but it just wasn’t one that worked for me. Most of my time was spent floating farther than I meant or almost aiming in the right direction and missing horribly (all on the easiest setting too). In the end, I had to turn it off. 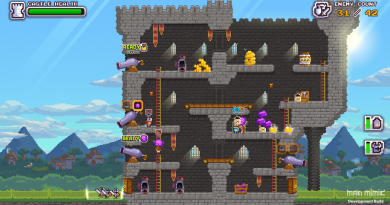 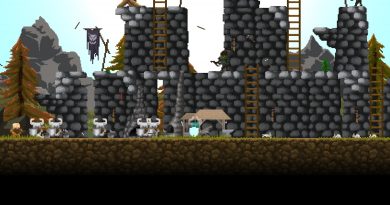 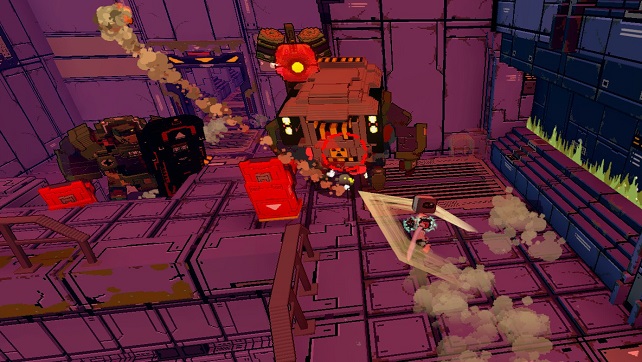