I am reminded of a time in college where in a tournament being decided on Super Smash Bros. Melee, I didn’t pick my main because I didn’t want to beat the guy too soundly. I lost that fight. I think it was at that point that I realized I may not have what it takes to go pro. I’ve since decided that I’m OK with that and not to have delusions of grandeur. Along comes BLAZBLUE CENTRALFICTION: Special Edition with its Stylish mode and I can pull off all sorts of crazy-looking moves and I’m feeling good about myself. Then my four-year old defeats me. (It was only once and I was trying to defeat her with throws only, but still.) That aside, the game fun at least? Is the combat smooth? Is the story mode engaging? Does the story mode even matter? Let me break it down for you!

There’s a lot of detail going on the screen and a lot of special effects flying around. As a fighting game player who likes things a bit more simple, this doesn’t actually get in the way and it’s rather enjoyable to watch. The background art is nice, but if I’m honest I don’t really see it once the match starts. I’m too busy worrying about my opponent coming close to me or wondering how I should block. While I may be transparent in my move-set, everyone I’ve fought is not. As I mentioned above, there are two modes to play with: Technical and Stylish. I’m naturally drawn towards the Stylish style of combat. This mode lets me pull off some awesome looking moves with ease. The move-sets are reminiscent of Street Fighter in the sense that there isn’t only a few combinations like Smash Bros. and that means there needs to be a fair bit of practice to be had if you want to get anywhere. That’s not to say you can’t button mash, but if it’s not your Switch, the owner probably wouldn’t appreciate the damage done to his/her controllers.

There is a history to the BLAZBLUE universe and if you haven’t played any of the past games there is a fair bit you can catch up on. I’m not exactly sure if all of the games are cannon, but still, if you go by console releases there’s a few. Luckily, if you have a hankering for getting caught up to speed (I know, who plays these games for the story right?) you can pick the option to do about 30+ minutes of reading to get to where the story takes off. (For the record: I am one of those guys that enjoys a story in my fighting games, even if it’s unnecessary.) It was a long slog, but I made it through the story recap and have been enjoying the character interactions. (I love how Taokaka calls Litchi “Boob Lady” or some close variation.) The developers know exactly what they are doing in the creation of the characters and are OK poking fun at it at the same time. It’s quite good and the anime sequences are fantastic. The unfortunate part of the whole experience is that a good chunk of it is done with mostly still images and the only thing moving are the mouths. There’s a lot of narrative to give and I understand the amount of effort to fully animate the whole experience would be astronomical, but maybe a smidge more animation of the still images would be have been welcome especially since there’s so much to work through.

Going back to gameplay, I lament that it’s less like Tekken and more like Street Fighter. I don’t do to well with joystick half-circles or forward->back + button presses. That doesn’t really register in my mind as well as pressing A->B->A->B->Y->X->A->B->B->Y. I can do patterns. If you’re like me, then this may not be the easiest fighter to jump into. There is the training mode and it does give you a list of all of the moves for each character (as one should expect). There’s a variety of each with some overlap of combinations, but there are different meters and heat gauges and that crap just goes right over my head. Just give me a twenty button combo sequence and we’re good. The Stylish mode of fighting still made the game feel a lot more accessible so don’t let me scare you away. I would suggest staying away from the Technical mode if my mindset is sounding familiar to mine. If you’re awesome at fighting games, by all means, enjoy Technical mode and get those hit-boxes down. It’s just not for me. I’ll stick with easy and flashy. It is my bread and butter even if that makes me a novice. 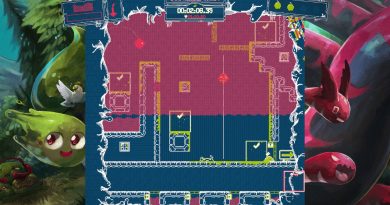 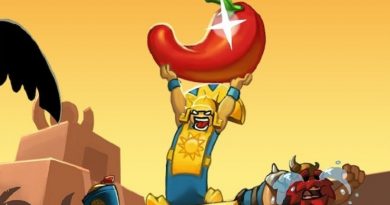 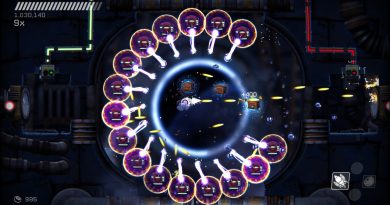