Had I done a first impressions article off of the first 30 minutes of gameplay or so, I could tell you now that the conclusion would not be very favorable. While pleasant to look at on my PS4, Toki Tori 2+ just comes off as boring, the puzzles are either too simplistic/repetitive or vague and tough to figure out. Should you base a game off if the first 30 minutes? No, you shouldn’t. Forward my friends; let’s take this bird-filled adventure under our wings and hope the fun factor takes flight! (OK, that’s enough of that eh?)

An hour or so later…

Toki Tori 2+ is a great looking game with some amazingly atmospheric tunes playing in the background. That aside, something bad is going on and you’re the only bird that can do anything about it for the same reason John McClain is the only one that can do anything in a Die Hard flick, “just ’cause”. Make a mental note, you can’t jump. So just stop looking for that jump button.

Unfortunately, comparing Toki Tori 2+ to Die Hard was probably the most fun I had with this game. “Isn’t there anything positive you have to say about it though?” The answer is “yes”. I love a good puzzle game and there are some really good puzzles to be found here. If you’re looking for some brain-bending puzzles, look no further. At the same time, this may be a good example of the old “too much if a good thing”. Every room is a puzzle and this is a metroidvania-style game meaning that the game is simply a large grouping of rooms. It’s cool until you hit a wall and have to backtrack thinking that you missed something again.

What was done very well was the looks and mechanics of this game. There are so many things to interact with that the puzzles can get a lot more crazy than your traditional puzzle games. There are frog-like creatures that will eat other plant-like animals (I’ll call them bubble-bugs) and create different effects like bubbles that will lift you up to certain areas that you can’t jump too (because you can’t jump remember?) I’ve spent a bit of time lining up frogs to eat some bubble-bugs to make bubbles to trap other bubble-bugs and then following it up with a frog to eat the bubble-bug and then try to get myself up to a ledge and catch up with this circuit of bubble-dom I’m trying to set up… all because I can’t figure out what I’m doing in a level and thinking that this is the only way (obviously) to solve a room. Light is a factor with bubble-bugs with them being afraid of the dark, there’s lava, falling, drowning and birds that carry you to their nests; there are a lot of factors to consider in the rooms and figuring the puzzles out.

The atmospheric sounds wore on me as well. Toki Tori 2+ is a vibrantly colored eye-candy fest! The music, comparatively, is not as fun and slowly brought the mood down for me. What was interesting when you’re making progress, it starts to pull you down when you back in the same room looking at the same puzzle you couldn’t solve the first time you got there. I’m not too prideful to look up a walkthrough, but I felt the pull to do that every now and then more so than I would have liked. 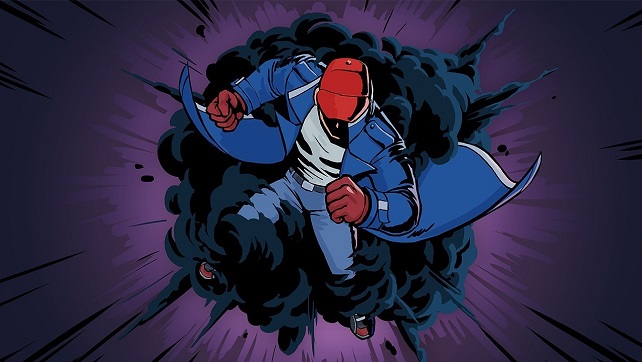