You know… in all honesty I’ve still got a review for the first game in the series as a draft just chilling on the site. I feel kind of bad that I never put it up… or finished it. On the other hand, it was pretty stinking awesome! Now the third installment of the game is out and it’s also blowing my mind. A built-in tank class (Protector)? Yes please!

So this takes place after the second game in which you stopped a big civil war, but the world is never truly fixed is it? No… not if we need more games in a franchise it’s not! And luckily it’s not over yet since they gave me a giant mech to play with this time. I’m a bigger fan of the thought of playing a tank (the Protector class), but not this time. I’ve figured out that class enough to know that it’s not crazy-super-tanky, it’s the regular type. It’s cool, but with my playstyle, it just wasn’t working out. Now the guy pictured above is where it’s at! He’s not a tank, but what do you need to tank when all the enemies are already exploded? Nothing really. This guy shoots out a ton of rockets and then mops up with a flamethrower! I don’t care what you think about this game, this class is fun!

The Incredible Adventures of Van Helsing III (gosh that’s a keyboard full… well just call it Van Helsing III from here) controls much the same as in the (I assume since I haven’t played the second one yet) much like the earlier two titles. It uses the typical ARPG click to attack fest with hotkeys for select moves. It still works well here. There isn’t as much funky “can’t get there from here” as I experienced in the first game so the path-finding seems to be better. That did kind of drive me nuts in Van Helsing I. The only thing that bothers me is when loot drops off a cliff or behind something and I couldn’t get it. Now… I was in a giant suit of armor and I’m not that small, I get it, but why couldn’t my smarty-pants ghost buddy Katarina pick it up? She’s a ghost… it’s just physics! Or science… or ghost physcience… or whatever you want to call it where she can go nab my loot for me when it falls behind something she should be able to phase through. Luckily, this only happened twice or so in my 16-ish hours of playing.

There are, once again, skill trees to explore and different options to level up and all that jazz. There aren’t so many that it’s overwhelming, but there are plenty of options that will make you salivate since you’ll want them all if you’re anything like me. One look at the trees after about twenty minutes of play and I can usually map out where I want to go. I’m a big fan of moves that go boom and stuff, oh and feeling awesome. I love using the rocket move solely and the ability to strengthen them and add more rockets to your salvo just makes me happy. I think I would have loved a bit more destructible environments, but I don’t need that in every game… but it would have been neat.

The mini game where you play tower defense is back. While not my favorite part of the game, it is pretty cool. I do enjoy the fact that you can run around with your character and help your turrets and traps with all the nifty moves you’ve leveled up in the main game. (There’s an achievement for not helping though… jerks. Don’t they understand I’ve got rockets that need to go boom?) Plopping turrets and flame units and a few spike traps helps to kill the baddies before they reach your spherical ball of funkiness. Don’t let them touch the funk! It’s not the greatest tower defense, but it’s a neat addition to the game (again) and is a good way to break of up the “monotony” of stabbing and blowing things up by… stabbing and blowing things up… in a confined area.

There is also a way to manage the resistance (that I believe was in the second game). I’m not sure if it’s improved from the second game, but it was interesting. Having completed a few missions in it I can honestly say… I’m not sure what the point of it completely is, but it’s neat to have that part of the story be fleshed out some more. It’s kind of like it’s telling you that there is more going on in the world than just what you are doing. As if the world would stop if/when you left your base. While it may not be amazing, I think it makes the game a bit more full and better for having it in. That and the tower defense really just add to the experience.

In Van Helsing III you are starting to unravel the story behind Katarina and it’s pretty interesting. It’s not super gripping, but it’s one of those things that you’re glad you learned the back-story even if it wasn’t life-changing. The banter back and forth between Van Helsing and her is still good as good as it was in the original and will still give you a few chuckles throughout the game (maybe not when they are being all serious though… nah, there’s still humor there about ponies and such). All good things must come to an end and stuff, but I’ve enjoyed the series and I’m excited to see what else NeocoreGames has for me later on down the road. 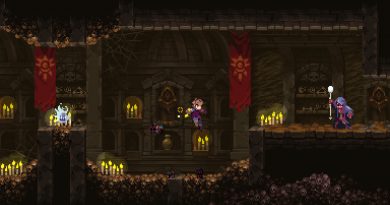 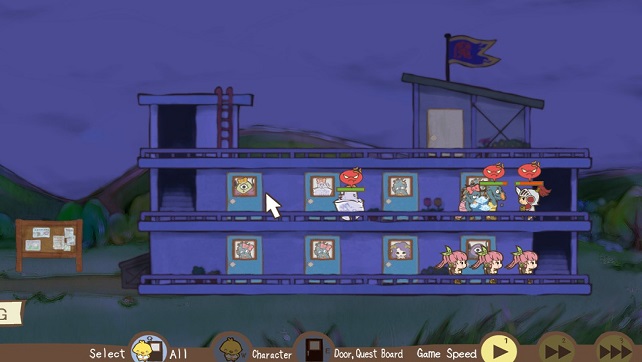