Now that I can actually pull myself away from Hyrule Warriors, I feel compelled to write something about it. Yes, I was planning on taking a bit of time away from the site, but you know when you play a good game and you’ve just got to tell your friends about it or it’s going to burn you up inside? Yeh well… it’s kind of like that.

As far as the obvious goes, yes Hyrule Warriors does feel just like almost any other Dynasty Warriors title in a sense that it is a hack & slash with flashy move sets. It’s safe to assume that if you are not into, what some may call, repetitive button mashers with super flashy moves that explode… this game may not feel right to you. That’s fine, we all enjoy what we enjoy. This does (kind of) fly in the face of what some of us have come to expect from a game with Link in it (Mario Kart 8 DLC aside of course). Zelda titles tend to be more timed attacks, pacing your enemies out even when the little enemies approach. Never have we waged an all out war with our hero and roughed up hundreds of baddies in a matter of minutes.

On the other hand, maybe this doesn’t fly in the face of Zelda fans and instead compliments the franchise. If we look back, the Zelda series has almost always been the same with a slightly different over-arching bad guy mechanic. From the “hunt-them-down and get into all the dungeons” to the “Twilight covers parts of the land until you free it” bits, the combat has relatively stayed the same. Sure they’ve added weapons with time and made the gameplay more fun (I do realize that’s up to interpretation) with the introduction of 3D graphics (I’m not arguing that with you), but it has been a slow evolution. While the ride has been fun, we haven’t had a drastic divergence from the main course yet. Enter: Hyrule Warriors.

You can take almost any hero or villain out on the battlefield this time. And you’re not taking on three to four bad guys at a time, you are taking on armies of them. Link’s charged-up blade spinning move feels more at home in throngs of NPCs that are just begging to be exterminated. Being able to play as Impa, Sheik, Zelda, Ganondorf or even the terribly annoying Bug Princess Agitha is a fantastic experience to behold. These characters are no longer other NPCs affected by your actions, but are extensions of you in the fight for and against those who want control over the Triforce.

Having all of the moves be super flashy and … “explody” may seem odd at first, they fit rather well within this fantasy environment Hyrule Warriors. It may help me in the fact that I’ve played other Dynasty Warriors games in the past. The grandiose moves also add a sense of epicness to the scope of the game, the war and the situation at hand as well.

Also, the fact that every character has access to multiple different weapon types or tiers is pretty cool. You unlock them as you play the game and receive them as you demolish foes on the battlefield. You don’t just have that one weapon anymore and then the master sword. Better yet, the weapons have stats that effect many things like damage, bonuses to item drops and ability to juggle enemies in the air more efficiently. To go even further into the “weapon rabbit hole”, you can use the Smithy option to pull a stat off of one weapon (thus destroying it) and putting it onto another blade: crafting weapons to farm better weapons or having swords with four versions of “Buff my Damage Please” on it.

There are three modes of play with only two of note. Legend mode goes through the main story of how all these different characters from different Zelda timelines fit together and why. The second is Adventure mode. It’s represented with a grid based map that should hopefully look familiar to most Zelda fans. Each grid has a different challenge and the better you perform nets you better rewards. Some of those rewards are weapons while others are item cards that you’ll have to use to gain access to other bonuses on different grids. Expect to play maps with compasses as rewards quite a bit. Both modes are very fun and while I may have made Adventure mode sound a bit more in-depth… that’s because it is. However, Legend Mode is where you get most of your initial unlocking of characters, weapons and have the epic fights. Both compliment each other well, but you’ll probably finish Legend Mode first. The last mode is Free Mode where you can play through the campaign with any character that you’ve unlocked so far.

There are only a few things that could have been done better. They also happen to all revolve around co-op. By yourself, you’ll probably never come across it much, but as soon as you’re relegated to playing on the Gamepad while someone else plays on the TV, you’ll notice the occasional frame rate drop. Like “occasional” sounds, it doesn’t happen very often so it’s kind of more of a nit-pick detail. Having co-oped the whole Legend Mode and now more Adventure Mode with my wife (and being on the Gamepad 98% of the time) I’d say that I haven’t noticed it more than about four to five times. To keep this in perspective though, I haven’t gamed with my wife in about two years since my first daughter was born. I may be enjoying the experience more because of this and ignoring the drops, but when they happened I couldn’t miss them. Also, now having such a large TV compared to when I was twelve years old, I kind of wish they did split-screen, but whatever. That isn’t to say that Gamepad gameplay is bad, it’s actually rather good. It’s just not my shiny, much larger TV. (First world problems… I know.) 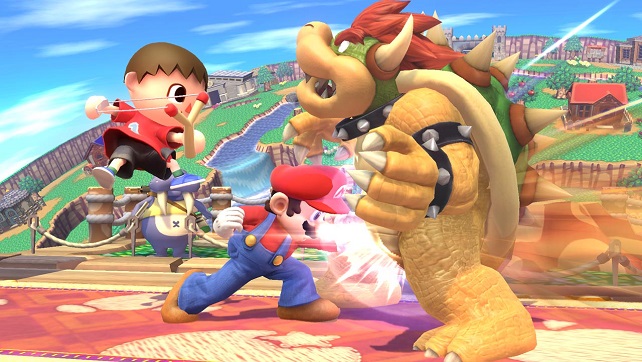 And They Dubbed It “Sm4sh” 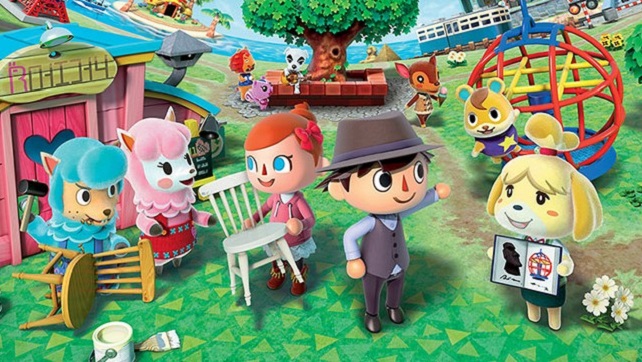 One thought on “(Review) Hyrule Warriors”