Few things in videogameland irk me more than interface issues.

When the original PlayStation announced its new “Dual Shock” controller, the first thing to come to my brother and I’s mind was racing games. The new controller had analog thumbsticks. For those of you who didn’t race in ye olden times, steering using only the digital D-pad was an exercise in rhythmic tapping. Shallow curve? Tap, tap, tap, tap, all the way through the curve. Slightly sharper turns called for elongated taps. Tap taaap tap taaaap tap taaaap. Irregular S-curves were particularly difficult, since coming into it with differing speeds and angles called for wildly different tapping patterns. The new controller’s analog sticks would put an end to that. We bought them immediately.

As we raced each other and the cops in Need for Speed: Hot Pursuit, he remarked on how I was taking turns so well. It was notable because my brother is the racing fanatic in our household, and we both had the new controllers. By all rights he should smoke me. “I don’t know,” I remarked. “It’s very zen, I guess.” The question stuck in my head for awhile. Then I heard it.

“Dude, you’re tapping the stick. You don’t need to do that anymore. Just move it halfway.”

Once he finally learned, not just in his mind but in his fingers as well, I noticed he stopped playing his older driving games which couldn’t use analog. It felt wrong somehow to use a D-pad to steer. It felt clumsy. Archaic. It felt poorly designed. But old games did the best with what they had, so they don’t bother me.

What bothers me is when a new game ignores a hardware gadget that it really cries out for. Any RPG, with its maze of menus and equipment decisions, need a stylus and touchscreen. It frustrates me to tap, tap, tap the D-pad through a menu of eleventy bajillion options when I can see what I want right in front of me. Just let me touch it! The recent Fire Emblem for the 3DS (and 2DS!) moves characters on a grid during battle, but again, I can’t touch the spot I want Marth to go. I have to tap, tap, tap to the spot I’m staring at. The game felt old to me before it ever released, and I skipped it completely because of this. My time is precious. 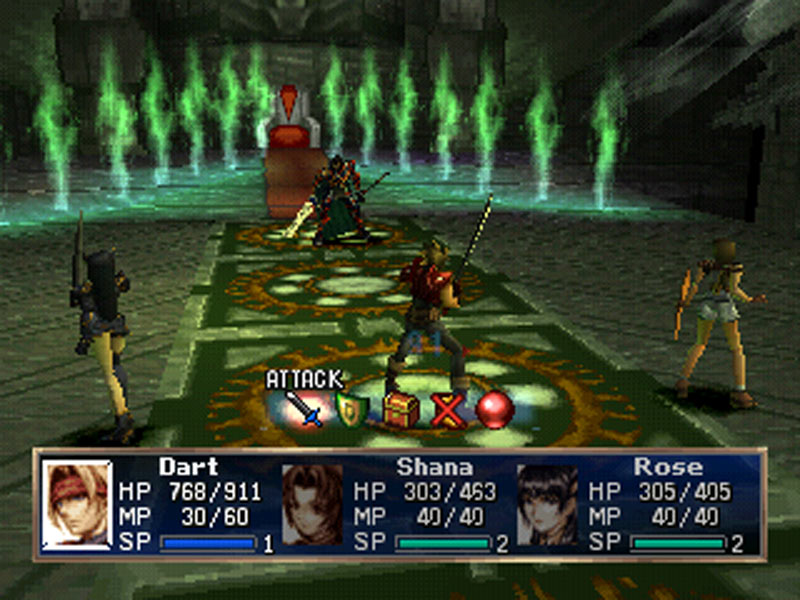 Rethinking a game’s interface is why game designers exist. It is their whole job. Take The Legend of Dragoon, a Final Fantasy VII clone also for the original PlayStation and a frequent candidate for “Games Most Deserving a Sequel” lists. In it, simple sword strikes become combos by a rhythm mechanic like. But if a sequel were made today, I would expect to wield a Wii-mote like a sword, rhythmically, to be its primary mode of attack, not button tapping. Unlike action games which try to do the same (with mediocre results, given the limited responsiveness of the Wii-mote) the arrested speed of an RPG dissuades frantic swinging. The hardware can handle this measured pace, players can physically rest during spell animations and enemy turns, and the fights cease to feel like Windows Desktop Quest.

The older I get, the less time I have for videogames. And the less tolerant I am of that most tedious sound, the tap tap tapping sound of a bad interface.

One thought on “The Most Tedious Sound In Videogames”