Aside from my thoughts on the demo being mostly one of a confused yet mostly positive point of view, the real game differs enough to make a noticeable difference in my opinion of the game. Luckily, they didn’t go with the quest hub style they opted for with the demo. I was OK with it, but overall that gives the impression of an MMO and MMO quest hubs in RPG’s are growing thin on me.

Bravely Default has distinctive features on how the core of the game is played. You can choose how difficult you want the fights to be and often they occur. This is a very cool feature that I haven’t used in an RPG before. (Has it been in one before? …Probably.) I really did love rampaging through a dungeon and then at the end of it, when you just want to get out without using up an item, you can just turn off the encounters and walk out without any trouble. In other games, I remember just wanting to get out of there and every fight just frustrated me. I just beat the boss of the bad guys… lose hope and run fools, I just killed your master! It never really made much sense to me.

I have also experienced every difficulty setting on Bravely Default and this is where my first issue with the game arises. Whether you’re playing on Easy, Normal, or Hard there is no beneficial difference. Maybe I’m over thinking it here, but I would like to receive more experience or job points when I fight on a higher difficulty setting. I get the same amount of both and where’s the justice in that. There are people trudging through the game on Hard and even my wife is playing on Normal. Kudo’s to them I say. I’ll admit to playing the whole game on Easy and I’m totally enjoying it. I’m not ashamed to say it; why would I make the journey more difficult just for the heck of it? That’s just silly.

This does bring up an mild issue with the Brave/Default system of combat. When the fights are on easy, the bad guys die rather quickly and there is no point in not Braving every fighter four times and having them all attack. Every fight ends in one turn, you get a bonus to experience, and if you finished it without taking a hit you also get a bonus to your job points. However, it does get a bit repetitive and that can wear on a person. Continuously fighting groups of mobs where there was no real tactics involved does that at times. It also makes the Brave/Default system worthless in that you don’t use it to it’s full potential or even close to it.

Playing on Easy did/does allow me to simply enjoy the story though. Sometimes with RPG’s, I’ll get caught up in grinding, hunting and such for extra things and soon forget why I was in a certain area in the first place or where the story was heading. It was a nice change of pace especially since I wasn’t loosing out on EXP or JP. I probably enjoyed Bravely Default more because of this. I hadn’t turned it off since release day. It allowed me to get more involved with the characters and story. I totally enjoy some characters way more than I did in the demo. It also allowed me to focus on my conspiracy theories about which characters are actually evil and the like.

*****It’s possible someone may view the next bit as a spoiler. I won’t be telling you why things happened, but simply what is happening. This will cover the part of the game that a decent amount of people say is a horrible way to finish a game. I think they’re wrong… suck it internet.*****

When you get to the end of the game, the difficulty does actually ramp up even with my levels being near 60+. It’s nothing that I can’t handle, but it does show that some classes are a lot better than others when you’re fighting bosses. Even now, I can’t comfortably do boss battles without my Spiritmaster/White Mage. Does that bother me? If it did, I don’t think it would be justified. RPG’s typically have a trinity of healer, dps, and tank. If you could run around with just a bunch of dps, I think that could possibly be poor game design (even on easy, some bosses required me not to button mash my victories). That is unless you create some form of active dodging… which isn’t normally found in a 2D turn-based system. I could go with a White Mage/anything else, but man Spiritmasters are pretty awesome!

Where some people’s major issue with the ending is that when you technically finish the game, or at least what the characters think is the end of the mission, it doesn’t end. You end up having to redo the major things done in the main story all over again due to alternate realities and the like. You can also choose to do the side quests for all the side jobs again as well if you’d like. Some people say this is a lame way of making the game longer and coincidentally making it terribly repetitive. However, I believe this is where the difficulty settings shine for me.

You’ve already spent 40+ hours running around the world doing this and that. While some people may not care to do it again, at this point you are in possession of an air ship that lets you get everywhere quickly so you can knock all of the objectives out quickly. At this point in Bravely Default I have now completely turned off all encounters in the game. I’m already high enough level to fight all the bosses and my classes are already tough enough to boot. I also can’t brave all the boss fights down. True, some fights are more simple than others, but that comes with knowing ahead of time what kind of tactics the bosses will implement in combat ahead. With that foreknowledge, you can wear bracers that prevent being poisoned or charmed or wear shields that make you immune to certain types of magic. Also, knowing what a boss will do ahead of time won’t stop the pain hammer some of them drop post “saving the world” the first time.

Post “saving the world” the first time starts up another type of game and like I said, I’m already high enough so I don’t need the exp. With me skipping all the trash mobs around the world and in the dungeons, Bravely Default turns into a great pick up and play title. You don’t have to treat it as such, but after investing so much time into this RPG, this allowed me to wean myself off of the train slowly. This is as apposed to the “BAM! final boss and that’s the game” endings sometimes given.

The repeating the main plot points also gives room for more character development in relationships and depth of the story. You really get to know the characters even more. I love it. Some of the scenes differ more than others and that’s the fun stuff. I’ve been to a few fights were you are basically reading all of the same text again and again. That’s pretty lame, but even the characters know that that’s happening. It’s kind of like the movie Groundhog’s Day accept your heroes seem to take it better and decide that they should just try again. It sad when it’s not new and cool when it is. Like I said though, since I’m leveled up enough, the time between fights (be they “easy” or “I had to raise my party seven times in one fight” difficult) isn’t that long and I’m on to the next plot element. 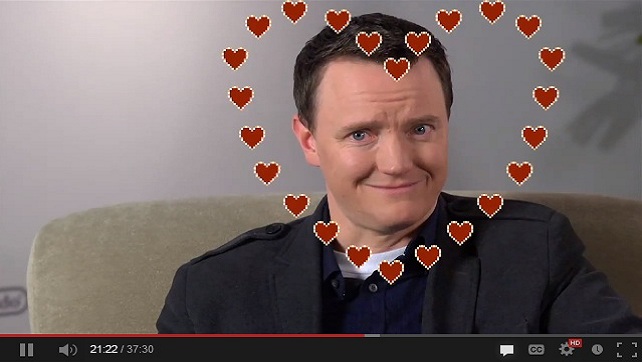 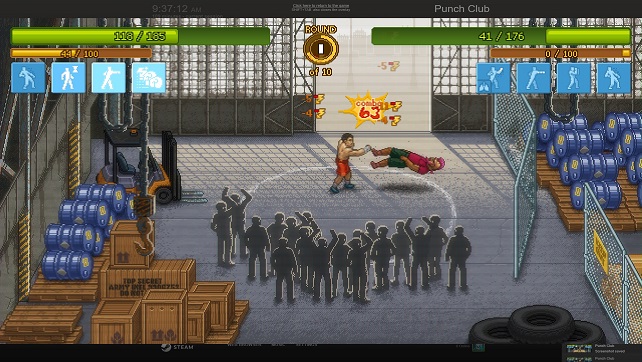 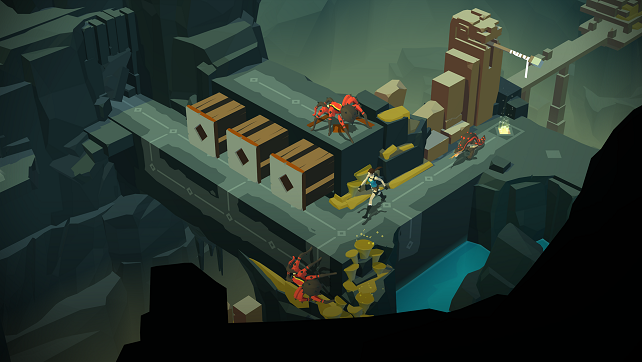