“A touching story about an old boy and his snail.”

Chronology is one of those third-party games that goes overlooked in today’s world. It isn’t made by a known developer and the game looks like it might be a Braid clone. The main mechanic is switching between two different versions of the same place, much like the Soul Reaver series did, but with the theming of differing time periods instead of living versus ghostly worlds. Switching worlds smoothly changes the configuration of platforms and existence of hazards. 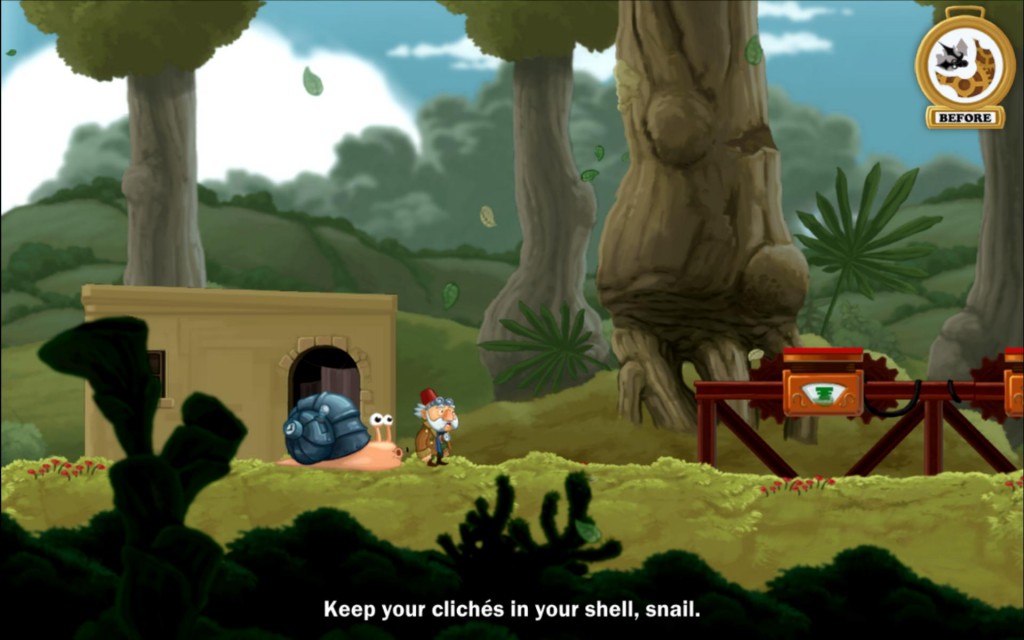 But it’s the snail, which seems absolutely absurd at first, that distinguishes the game. He sticks to surfaces and cannot jump, but when stuck to walls his shell becomes a platform for the main character. He also has a few oddball purposes such as plugging up pipes or passing through some hazards the old man cannot. He gives a co-op element to the game which, although also seen in a lot of games, is the first time I’ve seen it paired with world-morphing.

Time can also be stopped, to delay the effects of switching a device on or off, and to simplify platforming by holding everything in place. The platforming itself isn’t difficult (said the man who just came off a Dustforce marathon) but there are spots where you need to time-switch mid-jump to make a platform appear under you. Which leads me to the controls.

It’s a PC game, so of course you can play with a keyboard, but you’ll enjoy the game more with a controller. It seems the game was designed with controllers in mind because they seem such a natural fit for it. Actually it’s kind of a shame the game’s on the PC to begin with. The middling difficulty and demographic suggest this game would be most at home on pretty much any Nintendo system (which could use some unique third-party titles, to be frank). If the cartoon aesthetic didn’t already aim the game at pre-teens, the snail’s child voice actor cinches the deal. 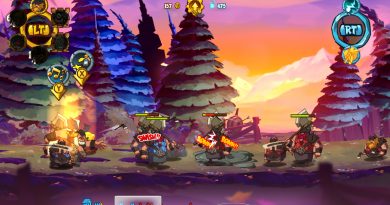 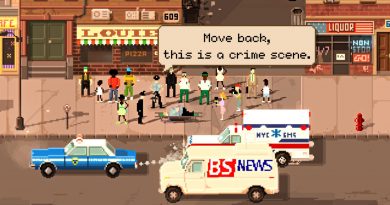 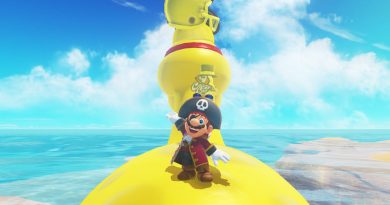