The first thing that should be stated about The Bureau: XCOM Declassified is that I was one of those angry XCOM fans that raged against this game when it was announced. I hated what I saw and hadn’t even played the game yet. 3rd person tactical shooter? That’s not what I was expecting or wanted… period. Needless to say, it stayed on my mental radar and when it went on too good of a sale on Steam I picked it up anyway. Almost a year after it’s launch there’s something I need to say: I’m sorry 2K Games. This game is good and I apologize for my blinders on what I thought an XCOM game should be. That being said, let’s move on.

The Bureau is set in the Cold War era where America is more afraid of a “Commie” invasion than one from extraterrestrials. Needless to say, we got invaded by the later. It’s cool to watch and see how XCOM continuously (though not overly stated) talks about how they are covering up the alien invasion. They don’t ever really say that it’s the communists, but they don’t say that it isn’t. Setting it in the era of the of the 60’s also gives it a fun aesthetic that while it’s nothing original, it’s a nice change of pace from all of the modern shooters. It’s good to get away from reality every now and then and The Bureau does that well.

The story carried the game well. Is it the most thought provoking plot ever written? No, but crap if this were a movie would I enjoy it. Most of it at least. The ending has a twist that you can pick one of three. They are all roughly the same, but they also vary quite a bit at the same time. The end is still the same, but the means at which you arrive at them are just nuts. I’m going to go through a third time just to see how the last ending is. The Bureau is a very fun ride all the way through. Granted, if you take your time and pay attention most of it is pretty memorable (even for me and my horrible memory) so it just gets in the way on consecutive playthroughs. Luckily you can just skip most of the talking so you don’t have to listen to every conversation again. It’s not horrible, but all the dialog can really get in the way of a man just wanting to shoot some aliens.

Since the main gripe about this game that I’ve hadn’t played before was that it was a 3rd person shooter instead of a top-down tactical game, let me tackle that. I really do like the different approach. That doesn’t mean all future XCOM games should be like this, but the option shouldn’t be overlooked. It also gives me hope that we can see different franchises that we’ve played a certain way for years can be revived without sucking. I had to turn up the mouse sensitivity most of the way up, but after that my only gripe was with the NPC allies and the special moves.

Once you figure out what your cursor can and cannot do, it makes The Bureau a lot easier to tolerate. Your XCOM buddies are a little different. While for the most part they “do their job”, there is no limit to how much they will pop out of cover while bullets fly towards their faces. Why can’t they just wait for the bullets to stop for a minute? I do not know. It’s not super horrible, but it is noticeable. At times they seem to just attract bullets, it’s almost embarrassing. If they didn’t get nigh invincible when reviving each other, the harder difficulties would get down right annoying. On the hardest difficulty though, it seemed like at least one of you guys was going to go down on every other fight. You just need to hope that it’s not the one with the skill set you need at the time.

Much like the other recent remake of XCOM, your people have skill trees from which you pick certain abilities. I’ve tried all of them and have gone back to the same combination for each of the three playthroughs I’ve done. There are some skills and classes that just seemed relatively worthless when compared to others. It’s not that the moves I don’t use don’t have their uses, however, in the light of other skills and classes that you could equip and bring it just doesn’t feel worth it. Sure you could lay mines, and lay down turrets that just attract attention, but wouldn’t you prefer to have something more long distance with a greater duration so you can flank and destroy your enemies? You are incalculably more damaging than any of your buddies minus the Recon’s Critical Strike. Well… you probably could calculate it, but the point still stands.

The weapons feel much the same that the moves did. Some of them were more useful than others, but there are definitely more useful guns than moves. Granted, that would also depend on your playstyle. There is no stealth in this game so I had to go with my alternative method: “All up-in-the-grill with a shotgun”. With the use of my three favorite abilities Diversion, Lift and Weaken, I’m able to pick out and destroy giant targets with ease. After playing and replaying with my tactics, I’ve gotten pretty good at clearing the battlefield. Thus, the only weapons that were useful to me were shotguns and pistols. The pistols have enough ammo and power and when close up, the shotgun has the crazy stopping power that I need. The sniper rifle and other weapons have either decent stopping power or ammo capacity, but they usually don’t come together in the same package. While small ammo clips aren’t too bad, the fact that you have to get out of cover to get more ammo is chancy and frustrating. 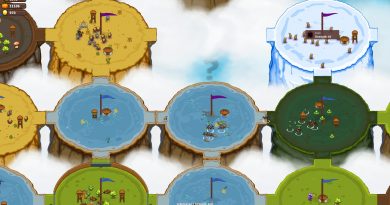 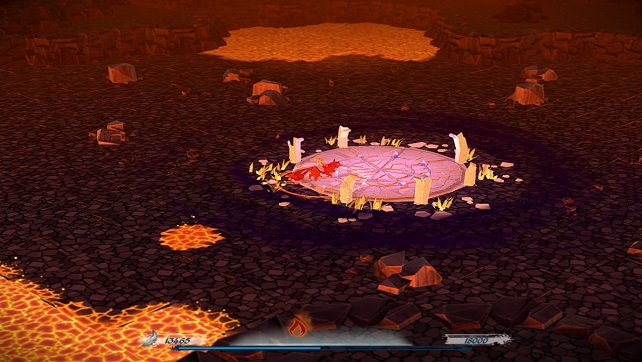