I was interested in this game when it was first announced.  The trailer for it had such a cool sounding song and the promise of being stealthy.  Then the character went around murdering everyone and everything.  I have nothing against games that do that, but it just wasn’t the impression I was looking for.  If I wanted to run around shooting things, I turn on CoD or if I wanted to use tact and skill I’d play some Ghost Recon Online.  A few days later another video came out that showed someone going through a level with stealth and they said that the whole game could be completed without killing a single person, but that it was really hard.  Challenge accepted and I put the game on my birthday list!

Depending on who you are, opinions will vary because everyone is different.  Some people need every new released game to be photo-realistic.  I can understand where they are coming from; we’ve got the technology, why don’t we use it?  While this is true… stylistically it doesn’t always work.  Some developers have different visions in their head of how they want their worlds to look and maybe “just like real life” isn’t what they want.  Who can blame them?  Well… technically we can, but that really doesn’t get you anywhere.  So while this may be a detractor for some… that’s all personal taste.

I would say that the only “bad” thing about  this game is the AI at times.  Sometimes it’s not bad.  You jump out; they see you.  However, if you want to be a ghost, they can’t even be suspicious.  That means you’ll need to reload from your last save.  Sometimes it bothers me that if you’re just a foot above them they won’t notice you.

This is just the problem with AI though and I get it.  Can I completely fault a game for imperfect AI?  That wouldn’t honestly be very fair.  There was another difficulty setting above the one I was playing.  However, I didn’t feel like playing on the “Hey!  There’s a guy in the shadows around the corner, to the right, and on top of a vent that I can’t see” mode.  I’m sure you can understand.  Having omniscient AI isn’t any fun either.

First up, I’m going to give kudos to the art direction!  Wait what?  Yeh, that’s right.  I liked it a lot.  It’s kind of a weird mix of Bioshock and water painting-esque that just gives the game a certain feel.  I think it’s a good break from all the photo-realistic games out there.  Now once again, this is just my opinion, but as we all know… well… you should just know.

Another thing good about Dishonored is that there are definitely two different paths you can take in this game.  Technically there are three, but let’s be honest, if you’re killing people you’re killing people.  Leaving blood trails everywhere doesn’t exactly scream stealth to me.  The tag line for this game “Revenge solves everything.” is very fitting here.  (It was in all caps, but I don’t feel like yelling.)  If you go around killing people, the catchphrase really strikes a chord in how the game feels.  (It also plays a part in how the atmosphere in the game changes.)  You’ve been betrayed and put into jail under false charges and you’re getting back at the jerks who did it to you.  Simple and to the point, you’re getting them for getting you.  The plot feels a little thin there for me.

Now if you decide to play as a ghost and not kill anyone past the intro, the game feels different.  It seems less about revenge and more about justice.  You’ve been burned, but you know what the problem is and a fate worse than death for those responsible.  For me, this is the more satisfying way to play Dishonored.  It’s definitely more challenging, and I do see the loading screen a lot more than the one who doesn’t care about being seen.  However, if there is a way you like to play more, then play that way because in the days of $60 games, you want to get your monies worth.  The big point is that there are two distinct ways to play and they are both done well.

I also liked the powers and abilities.  At first it felt weird to have them and how you get them… but it’s fiction and it’s just how this universe works.  That and I’m a big fan of the blink ability.  It’s cool that people notice you popping out of no where or just disappearing.  No I don’t feel it’s over powered.  The body possession ability is a cool way to get around too.  Let’s say you’re on top of a building and want to get off.  You can just jump off and before you hit the ground possess a person or rat and then leave them and go along your way.  Very cool.  There are quite a few abilities and upgrades to help make your time in this universe easier.

Overall, I’d say this game is worth it.  Time played/money spent wise… it’s going to be better if you go stealth.  I could have easily finished this game in the time I’ve spent creeping around.  I can easily recommend this game, though it is rated M so it is not for everyone.  Still a very solid title though.  For those going for the straight killing approach, I might just recommend waiting for a price drop/Steam sale.  It’s close to the holidays and you know what that means.  However, for those craving a stealth game that doesn’t actually suck and that you can actually use stealth the whole game through, $60 may seem like nothing. 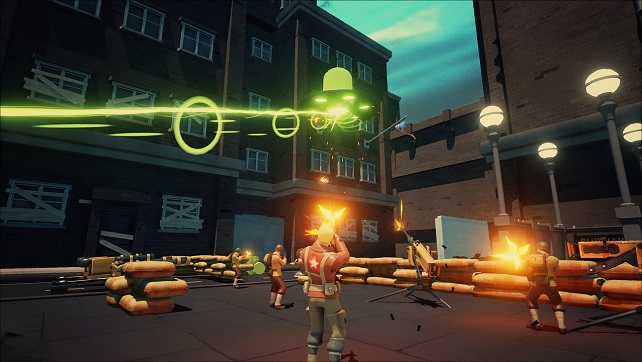 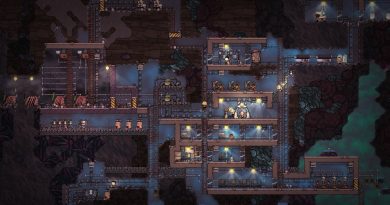